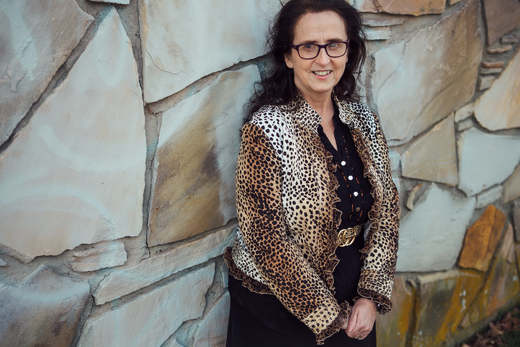 Mt. Pilot as Andy Griffith called it. Otherwise known as Pilot Mountain is where I live with my loving husband Sweetpea. My name is Betty Tilley. There have been a lot of twists, turns, disappointments and blessings in the last 5 years while serving the Lord. But, God has been Faithful and always beside me through it all. I grew up in a town in North Carolina called Ararat. I remember as a little girl I dreamed of becoming a singer, artist, nurse, police office and a firefighter, Wow, what a combination. Mainly I focused a lot on painting and drawing as a child. It was a passion to me. However, singing was also a passion to me. The only times I sang in front of an audience as a kid was maybe a few times in school. When I was not painting or singing pop and country songs, or on the front porch making mud pies, I was off in my room daydreaming about being a police officer and a nurse, and as I grew older, a firefighter. My father was strict so the only thing I could do with any of my dreams was just to dream about them. I was not allowed to have after school activities or friends over. When I came home from school that is where I stayed. When I graduated from High School, I attended a local college to pursue a degree in art. My passion though was still to sing. The Lord had given me many talents, but at that time I did not know who He was, so I did not know what to do with any of them. Well now here I am some 20 plus years later. I'm trying to pursue the dreams I had as a little girl. You see I did not know or accept the Lord as my Savior until I was about 35 years old. In the past, when I was 18 years old, at my brother's tent revival, the Lord had dealt with my heart. Oh he was tugging at my heart hard; sadly though, I did not accept the Lord as my Savior that night. The Lord came looking for me again some 17 years later. He had not given up on me. I had run, but I couldn't hide. Sometimes I think back to the Tent Revival and tell myself, my dreams could have been fulfilled back then when I was 18 if only I hadn't run. Praise the Lord He did not forget me. In late 2000, the Lord laid it on my heart to start a music ministry. As I stated before there has been a lot of blessings and disappointments. It is hard for anyone my age, just starting out, to pursue a solo ministry. The Lord has a way of always placing people in your path to help and encourage you. One person that was placed in my path was a gentleman by the name of Mr. Randy Renigar. I met Randy at WKTE in King, NC where he was a DJ. I had been invited to sing on a "live" Radio program. Randy saw a lot of potential in me and invited me back to sing on a 3-hour program that showcased various "live" artists each week. Eventually he asked me to take over that program. Once a week I hosted talent to sing "live" on a program called the "Old Time Singing Convention." Randy also taught me to DJ. When he left WKTE and opened an Internet Station, he invited me to continue the program at his internet station. I now am a programer and music director for Global Southern Gospel Radio. Visit my station at www.globalsoutherngospel.com I have been blessed to sing at festivals, Churches, special events, revivals, homecomings and New Artist Show Cases. In 2005, I sang on my First Good Life Gospel Cruise. 2006 was my 2nd Good Life Gospel Cruise and I was blessed to sing on my 3rd in 2007. I have recorded two projects. My first CD was "Always Be a Child" recorded at Daywind. In 2004, I recorded a project with the Eddie Crook Company on their Cedar Hill Label. I have release 3 songs from that project. Thank you Eddie and Dave! I am in the process of recording my 3rd project with orginal songs the Lord has allowed me to write for His Honor and Glory. My goal is to do the will of the Lord. I have a burning desire to share my testimony in song to as many people as I can. By the way, the other dream I had as a kid? You know the one about the Firefighter? I have been a volunteer firefighter for over 15 years. Thank you, Jesus, for saving my unworthy soul and filling me with the Holy Ghost. Love in Christ, Betty Tilley