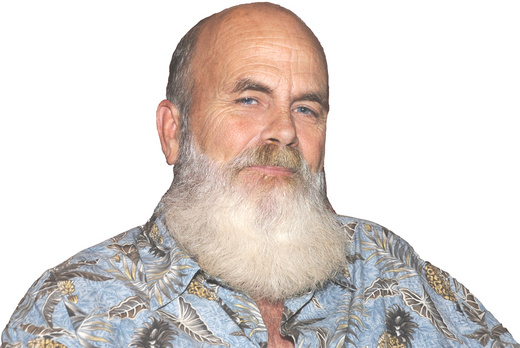 Born in 1948 in Washington, DC.
Lived in Northern Va, Newport News, Va and Omaha, Nebraska until my teenage years.

Wrote my first song with a friend at age 11.

Moved to Chattanooga at age 14.

Started playing a baritone ukelele given to my dad by Arthur Godfrey at age 14 and got an electric guitar soon after that.

Pursued music with vigor until the late-'60s. As a married father, I quit playing music in order to chase the buck and be responsible, 2 things I wasn't very good at.

I continued writing songs, however, and, over the next 30 years, the dream of the big stage and the hit songs hibernated just beneath my mainstream world. In 1998, while developing an intense interest in performance poetry, I had three surgical operations in a period of three months. During my recovery, I self-published 2 books of poetry and began using my guitar to write more songs. The open mic stage beckoned, and, in April of 1999, I began performing my stuff in public again. But, being a musician is a "use-it-or-lose-it" thing, and 30 years is plenty of time to lose it. I was frequently discouraged by my slow progress.

Persistence has paid off in increased skills, and I'm now close to being a full-time performing songwriter.

Later on, I became fascinated with the ladies of music - Joan Baez, Linda Ronstadt, Emmy Lou Harris, Joni Mitchell and others. The songwriters always got my attention - I was always reading the liner notes in albums to see who wrote what. The songs motivated me to write more songs.

My Acoustic, Bluesy, Funky, Folky fun style evolved out of my influences.

I have 2 new albums in the works - a live one that's almost finished; and another studio project titled "Speechless". Both look to be an order of magnitude better than the first.

Currently based in Chattanooga.