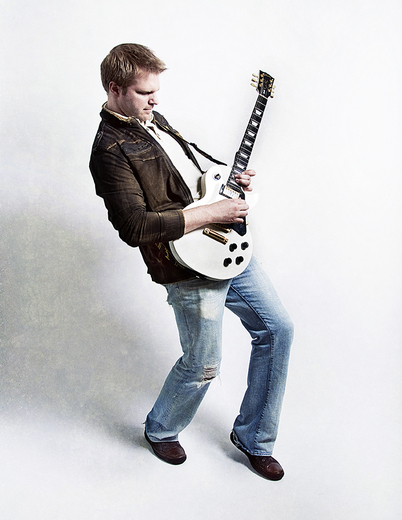 Brandon initially learned to play on his father's guitar and quickly developed the ability to be able to work as a studio player in Nashville and/or New York. However, he soon realized that he needed to hit the scene as more of a well-rounded singer-songwriter. ---“I always felt more like a guitarist than a singer, but once I started writing music, I could never imagine anyone else playing it.”--- More recent influences of Brandon include: Mark Knopfler, Eric Clapton, Brad Paisley, John Fogerty, and Chet Atkins

Brandon's new CD "Token", features SRV/Double Trouble's Riley Osbourne ..s and grammy nominated Chris Maresh on Bass. Former Seal drummer Ramy Antoun played on the majority of the tracks while JUST FOR ME was done with Tommy Taylor (Eric Johnson). All of his new recordings have been produced by former John Mellencamp keyboarder Michael Ramos, who also played keys on the CD as well. The CD is set for release this month! .

>***Heart For Duty*** - This song is a tribute to all of the men and women serving in the armed forces over seas!