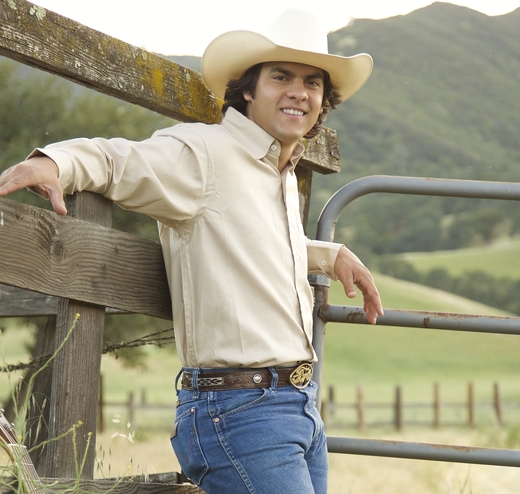 Twenty-two year old Nashville recording artist Buck Ford recently returned from Nashville where he cut his 2010 album titled "For Now. Buck Ford is a young, pure country singing sensation who focuses on keeping the traditional country sound and rhythm flowing. Some of his influences consist of George Strait, Merle Haggard, George Jones and Keith Whiteley. Buck and his Pure Country Band pride themselves on the fact that their performances bring back to life the sound and feel of old country. Buck began his story as a professional motocross racer, riding the circuit for over a decade. He received a full ride endorsement with a Honda team to ride throughout the West Coast Super Cross Series for the 2009 season; however he placed it on hold to pursue his love and passion for country music. Despite his dedication and talent in the professional motocross scene his heart has always been in country music, as he passed many hours on the road picking away at his guitar to the good ol’ country music. He performs primarily classic country music from his favorites, and boasts a song list of over 200 different songs from several different country artists, as well as his own written and composed music. Successfully performing professionally for over two years, Buck has played with many other fine musicians such as James Mitchell, Kevin Grant, Chad Cromwell, Scotty Sanders, Glen Duncan, Gary Prim, Michael Spriggs, Cadillac Cowboys, Billy Wayne Hamilton, Gene Larry, Paul Dobbs, Brian West, Steve Clark, Jon Fine, Paul Sutherland, Clint Marrs, Mary Briseno, Pual Lauer, Craig Pexton, Clete Berg, Ronnie Elkan and many more talented musicians in the Central California region. Buck has also opened for Jason Michael Carroll, Daryle Singletary, Steve Azar, and Stealing Angels, he also did a show with Tommy Cash. Combining a creative heart, a love of country music, dedication, discipline and perseverance, Buck has the strong professional work ethic to back up his notable vocal talent. He exudes the charisma that audiences, both young and old appreciate and relate well to. People seem to like Buck everywhere he goes, he’s a kid from today’s generation, singing and playing about life, love and fun with a style straight out of the good ol’ days that has made him a one of a kind anomaly. He’s a favorite all over California. Buck released his first CD in October of 2009, “Guitar and Gasoline” and his second CD “For Now” was released in the fall of 2010. Buck is currently playing pure country music all over the western and central United States with his group, Buck Ford Pure Country Band.