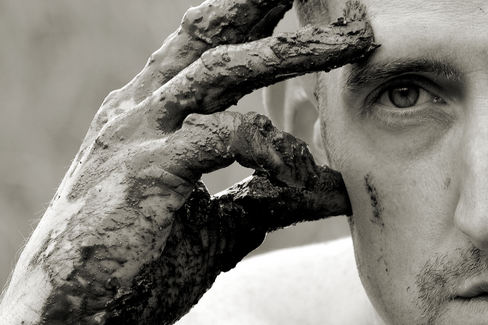 If you’re expecting the typical sob story about a musician down on his luck, you won’t find that here. Born in 1983 in Elgin, Illinois, Carl ‘Roe spent his childhood in the same manner any lower middle-class kid did. Dodging bullies, cussing out the big kids, and skipping class were all staples in his awkward years of growing up. Like many of us, HipHop gave Roe a sense of meaning and expression. When nothing else made sense, it didn’t matter once that beat started.

Yes, Roe did experience his fair share of hard times… but who hasn’t? Credibility doesn’t exist only in a person’s struggles, and a person who doesn’t have a taste for success only takes what is given him. In 2001, his family packed up and moved to Minnesota for a better life. What the hell was Roe going to do now? Music always finds a way, and he linked up with local producer Clowd 9 and performed at local venues while attending college in Mankato, MN. In 2005 music became a dark alley for Roe to the point where it lost its meaning to him. Expression was swallowed by loathsome lyrics and this disconnect prompted the need for him to start over.

Roe enlisted in the U.S. Army infantry and embarked on a journey that changed his life forever. Surviving Iraq from 2007-2008, he returned with a new goal to conquer. Exiting the service in 2011, Roe has been preparing for his return to the music scene… This time with more focus and fervor than ever before.

Get ready for the upcoming extended play album The Broken Time Machine due for release FREE this summer 2011! Autumn will see the full-length project with producer Deluxe Beatz!