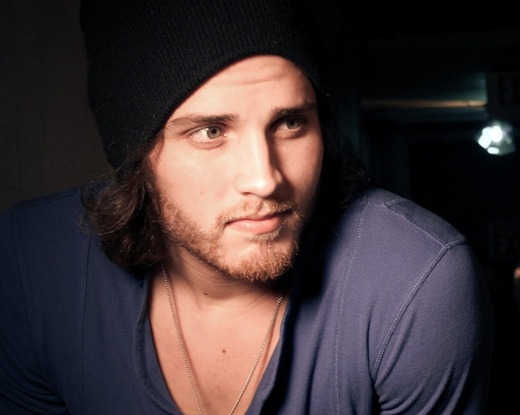 Carson was a Suzuki trained piano player from the age of three who was taught to appreciate "timeless" music. Evidently, this did not include music of the eighties or nineties. Carson’s mother (a professional singer) and his record-collecting father banned commercial radio in the house, as they were not comfortable with their kids listening to the content on the airways. So, Carson and his siblings (sister Tess is also a professional musician) grew up listening to the classics, thereby educating themselves with the likes of Stevie Wonder, Marvin Gaye, James Taylor, The Beatles and The Rolling Stones. Although Carson’s sound definitely confirms those rich, soulful roots, his music’s tight production is anything but old school.

The singer/songwriter from Seattle, Washington just accomplished what very few people would have even attempted, let alone finish successfully, according to Grammy Award-winning producer, Kory Kruckenberg. “The concept of this project was to push myself to write and record a complete album from scratch, in 100 straight waking hours with the most talented people I knew. Then another Grammy winner, Brian Lucey (The Black Keys, The Shins), mastered the album. I’m so happy with how it turned out,” says Carson. The entire creative process, with all its pressures, hurdles and triumphs, was also captured on film for a 48-minute documentary that chronicles the rare musical feat.

Carson’s live shows have drawn sold out crowds in the Pacific Northwest, and Indie Music named his first album, Green Eyed Soul, a Top 25 CD of the Year.  His music is now playing on popular stations like Pandora & Spotify and in contemporary American and European chain stores as branding music.  Carson co-produces all of his music as well as for his sister, Tess Henley.

Carson strongly believes it is important to give back. With the help of his sister Tess, he organized and performed at a sold out Seattle Showbox Market 2011 concert to benefit Rain City Rock Camp for girls, a non-profit organization dedicated to building positive self esteem in girls and encouraging creative expression through music.  He and Tess performed with other musicians to celebrate the music and the "Love Wins" message of the night.  Thanks to their efforts, 18 young girls' lives were enhanced by receiving scholarships to the camp.