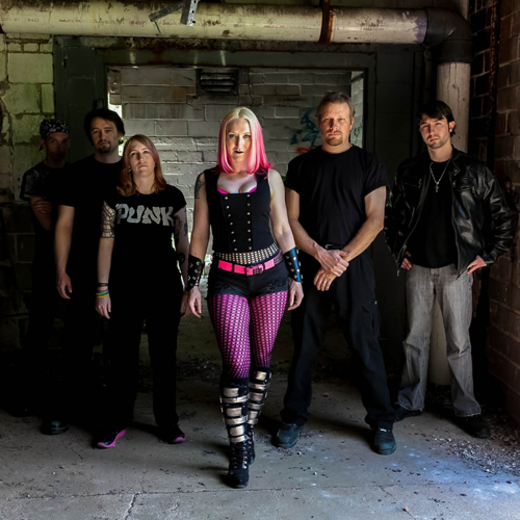 Cassandra Syndrome is a Maryland-based Symphonic/Gothic Metal band brimming with explosive riffs, operatic punch and infectious energy. This female-fronted powerhouse combines elements that are simultaneously dark and beautiful. Forcefully heavy riffs and a healthy dose of groove combine with soaring soprano vocals to create what Metal Bite calls “[P]ure metal magic... music with a purpose while still blowing your doors off with an attack that is as brutal as a shark feeding frenzy.”

The band’s intense, high-energy performances have proven time and again that they are not an act to miss live. The heated musical edginess and dark, angry undertones of the band’s studio releases come to life on stage, delivering a concert experience with staying power. The potent alliance of Jen Tonon's scathing rhythm guitar riffs, throbbing beats of Jay Jericho's drums and atmospheric magic of Matt Farkas's keys create a driving ground assault which weakens your defenses before being met by the searing lead lines of guitarist Chris Kackley. Above it all, radiant as Angelic Death, the resplendent soprano of Irene Jericho soars above the battlefield. The music of Cassandra Syndrome is “sung with a vocal hard to forget, over a metal framework hard to duplicate.” – Sonic Cathedral

Cassandra Syndrome is distrbuted in the UK by Ravenheart Records.