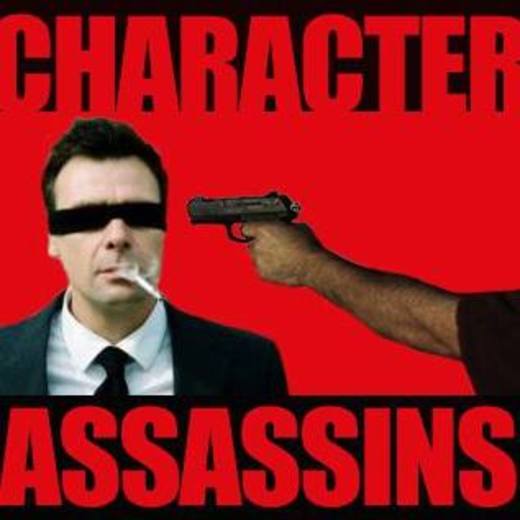 Summer of 2014 restarted it for Character Assassins. After sharing the stage with headline acts like Hed Pe, Lynchmob, and many more in 2011, the band went on an indefinite hiatus until recently reforming with most of the original line up. Based in the Los Angeles area, Character Assassins has played over 100 shows and one of their hit songs “World Gone Crazy” has been featured on 100.1 The EDGE radio as the #1 fan pick for over 6 weeks in a row and is also being played on xchamberradio.com, indie104.com, Ampz Radio and 13SR radio. Character Assassins consists of Aaron Levario as lead vocals who’s many years of listening to Pantera, Lamb of God, Faith No More, Alice in Chains and Suicidal Tendencies greatly influenced his cadence styles, Mark Benz on guitar and back-vocals attest his love of music from his dad, Pantera, Dimebag Darrell and Hatebreed. Jim Riggi on bass and back-up vocals with influences from Pantera, Deftones, Slayer and many more and with Andy Martino on drums who has built his rhythms from works such as Rage Against The Machine, Hatebreed, Pantera, Deftones and Hed PE. Character Assassins has always been a metal band with groove but now with new melodies has turned this act into a triple threat and has created a new style of metal. With vintage hip-hop influences and distinctive melodies, Character Assassins have a unique and new sound that has an original individuality. As quoted from the band,

“We are CHARACTER ASSASSINS and we will never be anything less”

Our debut album was produced by Sonny Mayo (formerly of Snot, Sevendust, Hed PE and Amen) at Mid City Sound in North Hollywood.