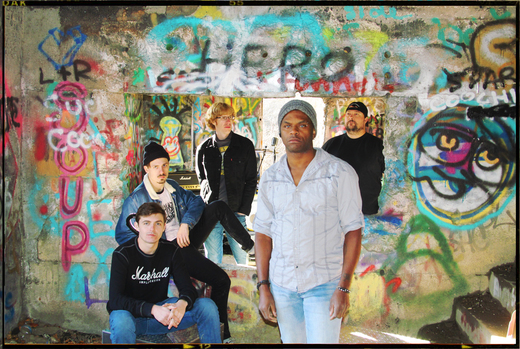 Mid-Atlantic Alt-Pop/Rock band Coal and their CD “ Soldier On” has been a staple i
Maryland /Pennsylvania  scene music for years. Their hook oriented rock style along with an ability to connect with audiences, through an true observational approach to lyric writing and a simplicty to their songwriting. With thier 2012 EP release “ Hear the Call” the band has  solidiﬁed their position as on of the Baltimore’s top 40 up and coming bands by WBAL TV in Baltimore and other local news media. The bands release has also gotten the attention of successful Entertainment Law Firm representing National Recording Artists Live, Fuel and The Gracious Few

Dal Dawn, Alan Adams, Doug Wolfe and Jay Cotter have approached their efforts with an honest belief that the music market changes with political and socioeconomic trends.
The 70’s brought hippie/anti-war rock, 80’s and Regan-omic’s brought hair bands and heavy metal, tough lives and times brought 90’s Grunge, and with ambiguous 2000 came Emo-rock. Likewise, Coal’s brand of Rock is a direct reﬂection of the era they exist. Hard times bring dark and bruiting rock riffs with a hint of the struggle that their world feels. This then masked by lyrics that disguise the pain the way modern media and polotics mask the reality of  social pain

Combining Classic Rock sounds carefully Modern Rock highlights Coal has forged their
way headlong into a powerful sound that’s difﬁcult to ignore. The band has never believed, to be current, you have to be a carbon copy of what is happening around you. So they manage to tread new ground and cover old ground at the same time. With their experiences and talents combined, the band has,with room to grow and explore many facets of music and many stages available to them.

Coal has had the pleasure of touring and playing with many Nationally recognized and local bands in the Mid-Atlantic Region. Opening for bands like Halestorm, Evans Blue, Godhead, Blue October, Need to Breathe and Damone has allowed new audiences to expreience Coal’s brand of rock and their energetic live show. Coal was also accepted on to a USO Tour by  Armed Forces Entertainment affording them an oppurtunity to play for and thank the troops abroad.

The band is currently playing in promotion of the latest release and sharing their effort with audiences.