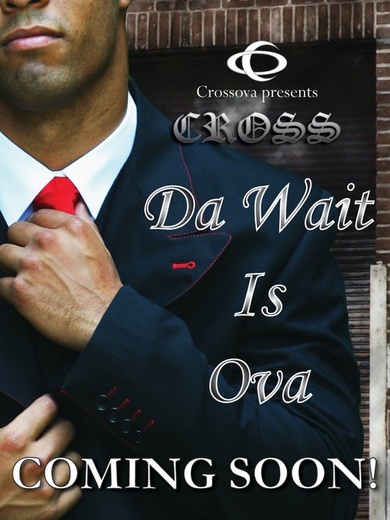 CrossOva is a group that reflects the art and history of real hip-hop. Based out of the city of Pine Bluff, Arkansas, the hip hop group has been doing music since the year of 2002. Versatile and intelligent, the music is well rounded with a background consisting of many different genres consisting of R&B, Hip Hop, Rap and Soul.
The groups founding member is Reece Cross (Cross). The 21 year old son of Mark and Cynthia Stephens began doing music after he was introduced to it by his uncle Ron Pearson. His mother works at Jefferson Regional Medical Center as a buyer. His father is a Leutinent at the Department of Correction. He is also an associate minister at Pine Hill Missionary Baptist Church. Cross has a younger brother (Aaron Cross 18) and a younger sister (Kennedi Stephens 7). He began learning a lot at a young age about sound engineering when his uncle gave him a mixerboard. From there it seemed he was destined to take his love for music to the next level and beyond. He began writing raps in the 8th grade, but felt he was not good enough after experiencing critism from other kids who were at the time better. This is around the time he met his soon to be dj Tyler Euseppi (Lil E). There was a bond shared between the two musically that would help out both in the future He continued learning under his uncle who was an inspiration to his music. After his senior year of high school, he decided to take his rap group to the mainstream. He produced their first album entitled CrossOva: Chapter 1 The Beginning. This would be around the time that local friend Michael Hampton (Mike Hamp) would join the group and help in the production of the cd with his quick witted personality and lyrical repertoire The album consisted of an all around array of different genres that the state of Arkansas were not used to. The state has always been known to have a sound that was somewhat behind and CrossOva was determined to prove all the critics wrong. The group performed throughout the summer opening up for certain artists such as B-Hamp, Lil Speedy and T-Real. The album was a well rounded success, but the tension between some members of the group showed how a little bit of success can run to ones head. The group became distant, however Cross, Mike Hamp and Lil E continued on with a new look and a different outlook on the future of CrossOva.
Cross majors in Business Marketing at the University of Arkansas-Monticello after transferring from University of Central Arkansas. He plays college baseball and is a pitcher. He also has tons of experience as a sound technician engineer. Mike Hamp is currently majoring in Psychology after currently transferring to University of Central Arkansas. He is helping to take care of his younger sister and brother with his mother. Cross and Hamp are currently finishing up there debut mixtape entitled “Revenge of the Hustla”. They are well determined college students that are looking for that one opportunity to prove they have what it takes to do something amazing.