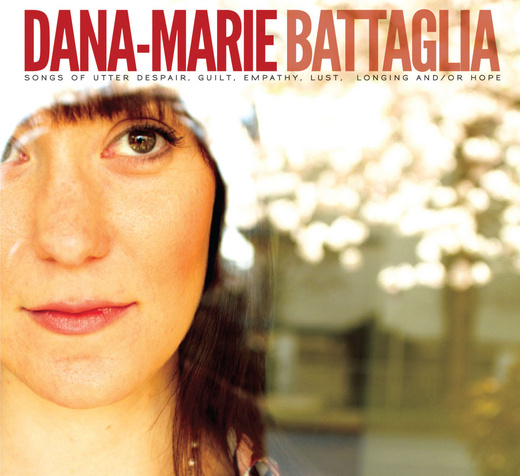 After travelling in and out of her vulnerable, passionate melodies and charming toe tapping grooves, you’ll understand what the phrase ‘emotional rollercoaster’ really means. With her sweet, energetic presence, captivating voice, and genuinely moving expression  Dana-Marie Battaglia will rip your heart out and gently sew it back in.


Since inspiring Olympic Athletes with her soul baring performances in private concerts and performing on site at the 2010 Winter Olympic Games, the artist developed an international fan base and caught the attention of European radio.  Over the past few years Dana-Marie made headlines by performing international anthems in multiple languages, taking the stage at festivals, entertaining crowds of thousands, and sharing the bill with several Juno Award winners.

Haunted by melodies constantly stirring in her heart and mind the singer-songwriter/composer works in her studio to methodically arrange powerful accompaniment to her diverse array of song styles. On rainy days the result is an indie-folk based sound blended with dramatic strings, piano, synth, and electric guitar; and when the sun is shining, it’s a light hearted acoustic groove or even a classic sounding pop ballad.  Dana-Marie's ethereal, haunting string and piano arrangements come to life on stage as she's joined by players on Cello, Piano, Synth, Electric, Bass and Percussion.

The passionate gear-headed artist produced and released an EP in July 2009, and is currently following up with a full length album by award winning producer John Macarthur Ellis (Jeremy Fisher, Dan Mangan, Leeroy Stagger, The Be Good Tanyas) to be released in 2011

Keep your eyes open and your hands up.  With just enough sweetness to make you forget your anguish, Dana-Marie Battaglia will ensure that when the ride stops, you’ll be excited to line up all over again.