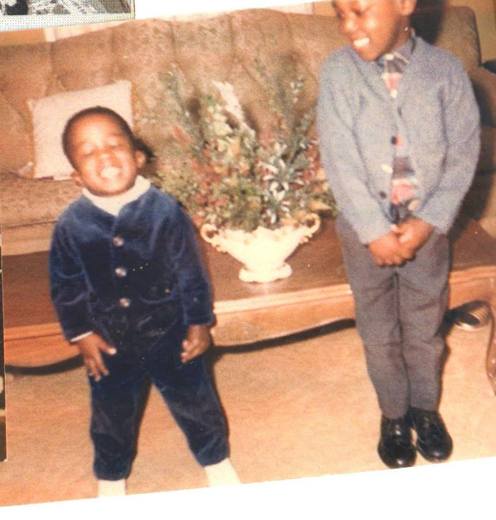 From putting down his own words and sounds to developing other artists, Dar’rell Green represents the best of what is music and the music business. The smooth, strong sounds of his art embody not only his presence in this business but also in life.

Growing up in Indianapolis in a family with deep roots in the south – his father from New Orleans and his mother from Jackson, Mississippi – Dar’rell’s early sounds on the saxophone reflected those southern musical traditions and still influence his work. But growing up in the 1970’s in a house with a bass-guitar-playing-funk-master for a brother and a sister who played Classical piano, Dar’rell’s style soon integrated those musically diverse dimensions as well. Dar’rell’s older brother had an old school, R&B, funk band with a strong horn section. When Dar’rell was just little guy of 10 years old, he was invited to sit in and practice with them. By 14, Dar’rell grew a mustache, wore a hat and disguised himself with his dress, and started performing with the band at shows and clubs. Instructed not to speak but to just play his sax, that’s what he did.

By the age of 20, Dar’rell was in Dallas playing all the clubs. Returning to Indianapolis, Dar’rell got involved with a group called Double Vision which resulted in his first CD project, then a second on his own. His fourth and current CD – Marinate the Groove – was preceded by a “best of” CD. Marinate the Groove is like a good family BBQ – lots of ingredients and lots of love.

Ever faithful on this musical path, Dar’rell consistently performs across the county – opening for the Michigan Jazz Festival with headliner Ramsey Lewis and opening for Kim Waters – has written music for several short films with an independent production house, and produces music. Between mentoring his exceptionally talented son – helping him develop as a musician and a young man – and guiding new artists, Dar’rell continues to invest in the future of this business and the people who love it.