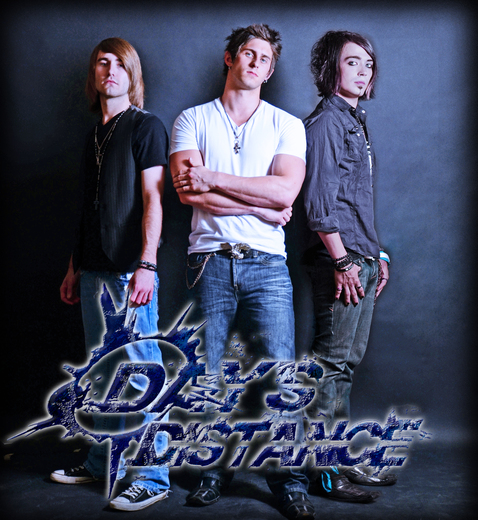 Hailing from the legendary Muscle Shoals, Alabama, the red hot rock act Day’s Distance is churning out the anthemic unforgettable’s and paving the way with a true to rock roots, yet fresh and original sound. Since their inception in April of 2009 they have been on a fast road to success turning heads and blazing trails in the hearts and minds of every fan encountered.
Day’s Distance harnessed some outstanding notoriety from claiming the coveted #1 spot as the best rock artist over world wide competition on MTV partnered Ourstage.com which plays host to over 170,000 artists from across the globe that compete monthly. Day’s Distance also spent over 60 weeks and counting in the top 100 with over half being in the top 20 along with six top 10 and twelve top 40 monthly channel placements.
Along with their self titled and self produced EP. Day’s Distance received accolades from grammy winning songwriter and producer Gary Baker (I Swear, I’m Already There) and numerous independent sites such as Mike Cameo’s Indie Top 10 and rocksposure.com to name a few.
After 2 solid years of “grinding it” independently, receiving exclusive radio play, booking and playing regional shows from Texas to Georgia and performing in front of a sold out crowd at a local venue in August of 2011, Day’s Distance decided to head back in to the studio. It was in the fall of 2011 where they hooked up with producer Jon Horn (Evolve Thru Scars, Allyria) to record their first full length record “Alive and Waisting” at Epidemic Audio in their hometown of Muscle Shoals, Alabama which was co-producer with Michael Clements. The record also features former Saliva guitarist Chris Dabaldo who cowrote the track “Scars” with the band.
With an ever expanding fan base, call off all bets and be on the look out as Day’s Distance will be touring with guns blazing, ready to set the world on fire.