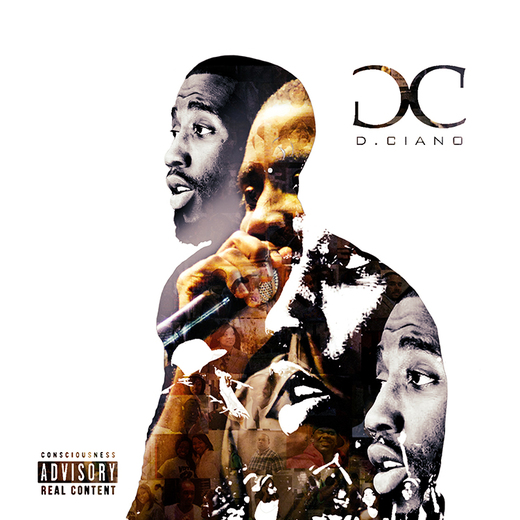 D. Ciano was born & raised in Savannah, Georgia. He’s a lyricist who keeps his listeners impressed with witty & clever wordplay all while delivering inspiration. Using his trials and tribulations as the brush to paint a picture with his words, his sound & concepts separate him from the norm on today’s Hip-Hop scene.

Before attending college at Savannah State University, he didn’t record much. He was always into writing lyrics, competing in cyphers, and even battle rapping, but it took for his experiences in college to channel his creativity towards music. Tapping in to the unlimited resources of a college campus, he connected with other artists, producers, singers, pianists, & guitarists to create his first project “Freshman Year”. Recorded in his dorm room, “Freshman Year” led to a decent following. It also led to two fans reaching out via Youtube to inform him of a contest thrown by Talib Kweli. Using songs like “My Hometown” & “Midterm”, D. Ciano impressed Kweli’s camp and was a winner in the Year of the Blacksmith Community Contest. He was then featured on their mixtape and got the opportunity to fly up to New York, meeting Kweli for the first time, as well as Pete Rock, DJ Mick Boogie, & Ski Beats. With a buzz from the Kweli cosign & the spreading of “Freshman Year”, D. Ciano dropped his second project “Beautiful Noise” which received critical acclaim, thanks to standout tracks like “Dream Chaser”. D. Ciano began getting booked for more shows. From Apache in Atlanta to the Pyramid in New York, he made a name for himself and began opening up for bigger artists, such as Chrisette Michele.

In 2012, D. Ciano left college & his hometown to pursue his dream full time in Atlanta. While working on his 3rd project “Falling Forward” he hit the music scene hard. But in a time & city where conscious music with a message gets overlooked by the latest dance and popular trends in production, his sound was often overlooked. Still performing through what seemed like a hiatus, he took his time preparing for his next release. Upon rebranding himself and collaborating with Bus41 Films to provide the proper visuals to his music, he just released his latest LP “Falling Forward” and is definitely an artist to watch out for in 2016.