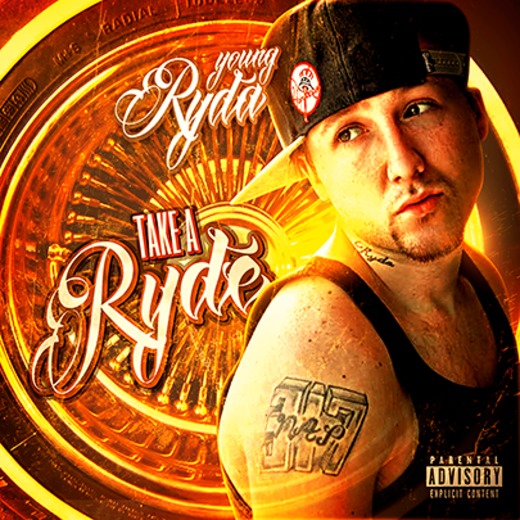 Known as Young Ryda a Talented Rapper from the Midwest. An Independent Artist from the city of Indianapolis, Ryda has been working hard on his music day by day, from promoting to recording, doing shows locally and out of state. Throughout his childhood he was strongly influenced by music and motivated. As he was growing up he developed a taste for hip hop music favorably. At about the age of 9 years, he started having a passion for being a star one day. As of being a fan of industry Artists, Ryda wanted to be one as well. From big dreams to working hard at whatever he wishes to accomplish, he started writing his own songs at a very young age. At about 12 years and still in grade school, Ryda was writing music in the classroom. As he continued to get older he was having a hard time coping with his peers and staying out of trouble at school. Even at home things were rocky growing up without a father figure in his life which left a single mother raising two kids on her own. Working two or three jobs at times trying to put her boys through school and make money and pay the bills. Two young aged kids with the "I'm Boss" attitude in and out of trouble, skipping school, getting high, disrespectful, kicked out of school kids. Always something new everyday was different. Tragically Ryda and his brother was in a serious car accident with some friends on January 18th, 2004. Ryda was 14 years old. He was pronounced dead at the scene and was lifelined on the way to the hospital. Methodist hospital of Indianapolis, In. Actually the same place where he was born. In relation it was a way of "A New Beginning" to Ryda, his brother, and his mother. From God's blessing to these kid's no one‘s life passed. The chapters in Ryda's life has developed who he is today and what he has been doing. Young Ryda has grown up a lot and changed his ways focusing on his career in todays present time,currently Ryda has been promoting his mixtape "Take A Ryde" which you can download for free at DatPiff.com and type the name in the search. His first mixtape EVER you can find on I tunes called "Everything Counts" 2008. Visit Ryda's fan page at www.reverbnation.com/youngryda999 and search for his music video called To The Top by Young Ryda. Recently being in Atlanta Ryda had the opportunity to perform in front of Slip N Slide Records and Atlantic Records and from the experience also the amount of exposure Young earned he wants to start traveling different place rocking bigger crowds and bigger shows. Ryda has been several places with his music for performances and promoting his Cds such as Brooklyn NYC, Charlotte NC, Chicago IL, Milwaukee WI, Louisville KY, Nashville TN, Atlanta GA, and he says next would like to head out west and visit the big cities of California and rock a few shows. Ryda is independent and plans to be signed one day with a major label.