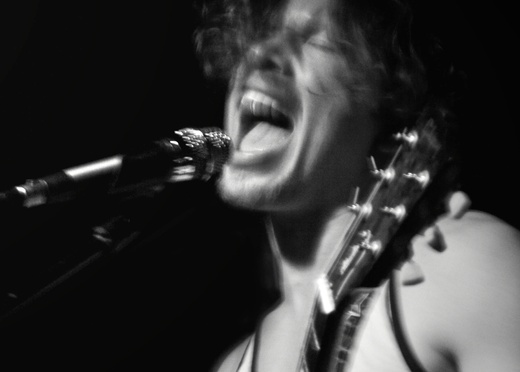 There is no doubt a difference between living life and merely enduring it. Living life involves risk and creativity, and rejecting what tradition and others have decided for us. After reading The Four Agreements, Derek Jordan decided that it was time to make a change. The singer/guitarist from Los Angeles has electrified minds ever since with his original genre, psych alternative rock. Combining lyrics that are meant to stir the subconscious unrest with high energized alternative rock to the likes of Placebo, Pearl Jam, and 30 Seconds to Mars, Derek Jordan’s mission is to liberate the human race from the confines of materialism and delusions of contentment that the herd creates.

Derek doesn’t believe in under-living yourself. He doesn’t believe in others making decisions for you. And he certainty doesn’t believe in conformity for its own sake. What he does believe in allowing your private vision of the world to define your own notions of beauty and allow you to discover your individual passions. With his music, Derek aims to liberate individuals that are shackled by their dissatisfaction with life and are kept immobile by their hopelessness. People are trapped in their lives by fear and avoidance of pain, resulting in the distortion of pleasure, adventure, and freedom that life is meant to be. It is a common conception that you can’t get what you want out of life and that greatness only comes from luck. This is absolutely absurd to Derek. This social mindset has plagued the mind and suppressed quality of life.

Derek Jordan explores the descent of humanity into emptiness and transcendence into passion and doing what entertains our senses. Through the journey, Derek experiences anger, desperation, hopelessness and he injects this fuel into his lyrics. With the instrumental aspects, he fuses a collection of blues rock, swing, folk and heavy rock elements.

You can expect Derek Jordan’s music to be reluctant to follow tradition and ever-evolving as he continues his musical quest and personal mission to awaken and enlighten individual minds. To Derek, independent mindedness is what is missing and he wants you to reconsider what you’ve been taught.

Listen to what people are saying:

"With a commanding voice, Derek is simply one of the best in Indie music that is currently out." - Isaac Davis Jr., MBA, Juniors Cave Online Magazine

"The very talented singer/songwriter is a true symbol of independence, not only in music, but in life." - Mike Wilson, Indie Music Universe: Artist of the Week, 4/13/09

"Inspiring lyrics mixed with some swaggering rock riffs and Derek’s deep, powerful and warm voice...Identity is a journey through a mind of intelligence and honesty." -Scott Wharton, The Rock Dose

"The nature of his vocals can be easily paralleled to Chris Cornell and at times you hear a bit of Ozzy thrown in." -Tatum Hengel, popwreckoning