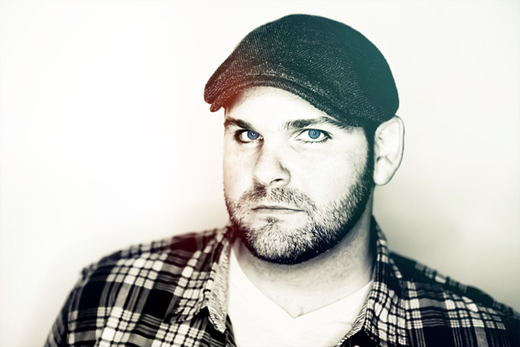 Today, a message of love would read something like this, “We’re All in This Together, We’re All in This Forever, Shouting Out Love!” These are words of affection and hope expressed by Derek Stroker, from his new EP Rise and Shine. Derek is a rising singer, songwriter and musician who can communicate a sense of sincerity, warmth and authenticity through his soulful approach to pop/rock music. Derek explains why he’s spreading a message of love through music very simply, “There is nothing more important than love.” Love is the message and music is the language.

Derek’s original sound has a strong connection with Rhythm and Blues. Eric Clapton has been a great influence on the young artist. “In my eyes, Eric Clapton has shaped today's guitar player. I still remember the first time I heard Layla. That riff is the reason I started playing!” Derek explains. Growing up in Miami Florida, Derek’s parents exposed him to music from classic rock bands such as The Beatles and Led Zeppelin. Some of his musical influences today include John Mayer, Marc Broussard, and Johnny Lang.

As an independent unsigned artist, Derek has accomplished a great deal. His first album Take a Picture, Make a Promise placed on College Music Journal’s “Top 30” from New York to California. He single-handedly negotiated distribution deals for both of his records (Take a Picture and Rise and Shine) with Best Buy. Derek performed as a showcasing artist at the Florida Music Festival in 2008. A review from Southeast Performer describes his performance as, "Nashville’s Derek Stroker brought the house down with his inspired blues jams." His belief in giving back to society, compelled him to organize a benefit concert, and donated all proceeds towards the fight against cancer. In addition to these endeavors, Derek negotiated television-licensing deals for his music with major television networks. In 2009, he continues touring the Southeast region. His most recent, being the opening act for the well-known 90’s alternative rock band Marcy Playground.

Arguably, Derek’s greatest accomplishment to date is his latest EP titled Rise and Shine. This album is best explained as a mix of well-crafted songs that range from a “Beatle-esque” ballad to an intimate, uncovered acoustic number, and everything in between. He partnered with Stephen Gause in Nashville to produce the record. Derek’s emphasis in writing the album was “… to create a record with Timeless music.” Critics and fans agree that his objective has been accomplished.

Derek’s compassionate heart, ambition and drive to make a positive difference in the world, will continue to surpass everyone’s expectations. As his Great-Grandfather always said, “L-O-V-E is all that matters.” That is the message that Derek hopes to convey with his music.

“Derek Stroker hits you square in the chest with a powerful guitar rhythm and great vocal right off the top with ‘Rescue’, the opening track on his new “Rise and Shine” EP and you never look back.” – Steffon Hamulak, Producer

"Nashville’s Derek Stroker brought the house down with his inspired blues jams." -Southeast Performer (Review of Derek's performance at the Florida Music Festival 2008)

"Take A Picture, Make A Promise, is a modern symphony about love and understanding, and the same emotions gathered together... Derek has found a way to blend both words and music into a perfect work of human emotions.” –Phil Grohs

“There is definitely something for everyone on Stroker's album; with topics like love, loss and inward growth, Stroker knows how to appeal to the masses on an emotional and realistic level.” -Leena Ingegneri