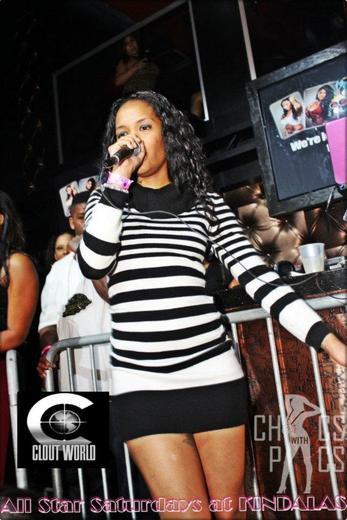 One of the rawest females to touch the mic, NFL's only female member is not to be taken lightly. Born in the heart & soul of Oak Cliff, this 24yr old single mother is not only knocking on doors but tearing them down when opposed. Ms. Feezy Babey, is unlike no other, she's n a league of her own, outshining many of her male counter parts. Bragging rights, yes she deserves them, writing her 1st song at the age of 7yr famliy and friends knew she would grow to be the powerhouse she has become. her career may have just started but Feezy Babey is no stranger to the rap game, including several features on many of Dallas's hottest artist. Even a blind man can see the heat that she brings.