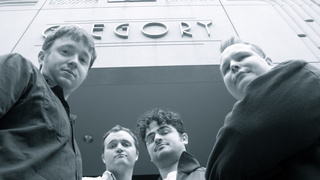 Donerail, an American thoroughbred, won the biggest long shot victory in the history of the Kentucky Derby, in 1913. The winning tickets cost two dollars and paid out $184.90.

It might be Gram Parsons, or somebody’s long-lost grandpa, but there is a ghost running through this album, bringing a familiarity from the first listen.