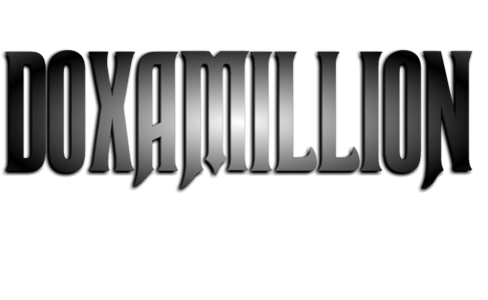 Doxamillion represents the new cultural connector generation exposing their talents and artistic vision in a number of avenues. Living in a multicultural society, and expressing his art as a connection to the different musical and cultural genres, Doxamillion, is one of the self made more impactful emerging Hispanic young talents from the streets of South Florida.

Latin Hip Hop, Pop, Artist, Writer, Engineer, Producer, Actor, Entrepreneur, and Poet are the many faces of Doxamillion. His new released music video “I think I’m in love” which premiered at passions night club at the Hard Rock Casino in Hollywood, Florida recorded over 13,000 hits on YouTube in its first month.

In August of 2010, Doxamillion joined his friend PitBull in a commercial for Dr Pepper, which will premier in 2011 in the general market. Doxamillion also was signed for the Lead role for in the Florida Lottery Campaign beginning in October 2010.

Doxamillion's (Dox) music has spread like an epidemic from Colombia, L.A, New York. Paris. Barcelona. And Florida. He has performed all over
South Florida, L.A, New Orleans, Tampa, Atlanta, Delaware and many more markets.

2011 looks to be a transcendental year for this young and spirited talent with his upcoming projects in the works with legends such as the remake of “Ball of Confusion” and “Poppa was a Rolling Stone” with Richard Street and Larry Johnson from “The Temptations”.

And, In talks for a new Latin Hip Hop Album project coming up for the end of 2011 with Fat Joe, and Yomo.

Born in Colombia, Cali And raised in Florida, Doxamillion has been influenced by many genres of music from the Latin Icons to The temptations, Bobby Womac, Marvin gay, 2pac, Bob Marley, Micheal Jackson, Billy Joel, Jay z, Nas, Stevie Wonder, Notorious BIG, Run Dmc, and many more, That has made him a Storyteller in his lyrics. Dedicated in bringing the feeling of meaningful music. Over 1.4 million plays and views on MySpace and online radio plays. Dox has a sound that has been defined as a bridge between the Latino world and the streets of South Florida. He also has been part of “I love the kids foundation” with Trick Daddy and many others. “Dox” a Dillard High School graduate is proud of his many talents and believes in the power of music to unite.
Now a Free iTunes Application for Doxamillion