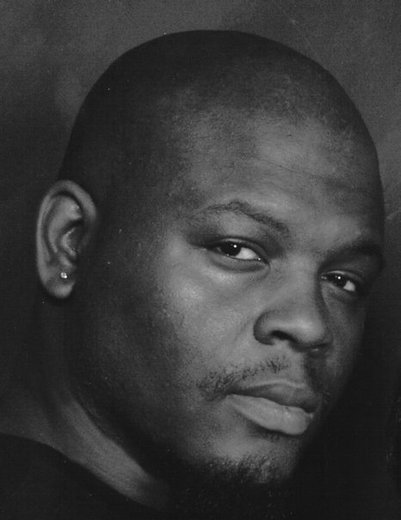 E-City THE STREETS A.K.A. Evil-Lõc / A.K.A. King Kansas C.E.O. of Mean Mugg Records (Recording Artist/Writer/Producer/Engineer/ Remixer/Programmer/Graphic Art Designer) Born in Topeka, Kansas Lõc grew up in Topeka Kansas were he got his start in hip hop by rapping in the projects and at school. At age 8 Lõc got his first keyboard, drum machine, and turntables from his mother/manager Brenda Washington and started producing demos for his self and other local hip hop acts in the Midwest. Soon after Lõc started entering talent shows and contests any where he could, winning most of them. Lõc and his mother moved to California to pursue his dream to be a rap artist and producer. He spent years moving back and fourth from place to place trying to get signed by a major label, unfortunately no deals were offered. Lõc released his first Tape (Deff Style) in 1990 it was recorded at his home and contained 10 songs similar to the mix tapes in the streets today. It was some what of a success for the 15 year old rapper but he still wanted major success, still no deals were offered. It was like the recording industry totally looked over the Midwest, like it did not exist or like it was a waste land. Two years after his mother passed away in (1993) Lõc started his own independent record label Mean Mugg Records. Since getting signed had not developed into a reality or a profitable business yet Lõc decided to do everything independent. In no time at all Lõc and his crew were selling out concerts, moving units hand to hand, and on consignment the rest is history. Lõc released the (2-Deep-N-The-Game) album in 1998. This album sold well over 17,000 copies in Kansas, Missouri, and Nebraska. The (2-Deep-N-The-Game) album is currently still being sold. Lõc just finished his most recent release (On Fire) on his independent record label, Mean Mugg Records. This album was released late 2003 and remixed and re-released in 2005 due to high demand it is expected to do big things and get a better push than the previous CD. This Midwest Artist/Entrepreneur is well known in the Midwest, West Coast, and parts of the South. He has written, produced, designed graphics, engineered, vocal coached, and more for a large number of artist in the area an abroad. Lõc says it has been a struggle trying to break threw in the music industry. He feels like coming from Kansas people think there is nothing there, but Lõc has been putting in work and putting it down for years. At this point and time in the industry most people sound the same and continue to over look the Midwest despite the success of Nelly, Murphy Lee, Twista, Bone Thugs, J-Kwon, Chingy, Shawnna, Tech N9NE, Da Brat, Das, Eminem, D-12, Exzibit, R. Kelly, and Kanye. In turn he is one of the hardest working artists in the rap/Hip Hop game and has crafted his sound, skills, and talent into a force to be reckoned with. This is only a sneak peak of what is to come, because with a major label behind him he will make his mark on the industry and join the list of artist named above. Wile in California Loc caught the ear of a MTV producer in 1998 during the taping of the MTV talent show The Cut hosted by Lisa Left Eye Lopes. They had wanted him to compete in the next competition but there wasn't one. Loc met a lot of the 1998 cast but unfortunately lost all contact numbers when one of his bags got lost at the airport. With many albums and singles to his name, Lõc is working hard to make a name for his self in the field of Rap and R&B. Lõc has performed and recorded with artists such as Ice Cube, Sicx, C-BO, Da Brat, Outcast, Too Short, D.R.S, Spice 1, Young Lay, E-40, Boss, ONYX, Old Dirty Bastard, Top Quality, Brotha Lynch Hung, Dun-Deala The Popper, D.J. Fresh, Fat Tone, TECH-N9NE, Rich The Factor, The 57st Rouge Dogs, Skatterman and Snug Brim, JT Money, Ray Luv, DAS EFX, Red Man, Keith Murry, Ludacris, Chingy, D.T.P, Black Moon, Knocturnal, Butch Cassidy, Damizza, Coolio, Trick Daddy, Too Short, and The Outlawz.