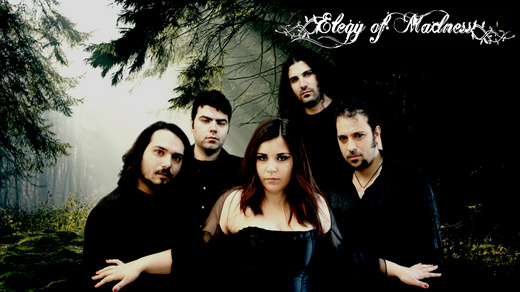 About Elegy Of Madness

After the production of the project “Another Path”, the Elegy of Madness go on their path by the first coproduced full length called “The Bridge of Sighs”. During the spring of 2007, the Elegy undertake “another path” that could bring them back to a different world made of music and emotions, leaving behind the problematic earthly reality. It seems like a “spleen” towards the existence, a will to escape from the real world. The detach from the daily is a very important theme also resumed in the new project “The Bridge of Sighs”. This bridge really exists in Venice and still remains the subject of many legends. According to one of them, in the XVII century the bridge served to the prisoners to arrive into the dungeons. Someone said that the prisoners sighed during the passage, the last moment to look for their Venice and the outside world. The bridge also represents a suspension between different realities, in particular between Tonal (normal consciousness) and Nagual (separated world). So it indicates all the things that go beyond the everyday life. The purpose is to reach an union point between the two dimensions. “Prelude” and “Elegy of Madness” indicate the beginning of the listen. Both of them explain, in their texts and music, the meaning of the name of the band: the elegy seen as a passionate and tormented essay is connected to madness, the only mood to make use of the instinctive part instead of the rational one. The tracks included in the disc take again two songs already placed in the first project: Another Path and Voices. Moreover, it’s very important explain the meaning of the Suite “Agony Part 1” and “Agony Part 2- Sad Wind”: they take up the actual theme of euthanasia. While in the first musical movement the argument is faced through the perspective of the patient, in the second one it’s stressed the sense of powerlessness that haunt his relatives. Since the “Suite Agony”, it takes inspiration another track called “Threshold” in which you can imagine a path beyond life passing through the so known “three doors”. Among the other pieces, it’s also very important remember No Names because of its meaning. Indeed, it’s an allusion to the last chapter of “Uno,nessuno,centomila” wrote by the Italian Pirandello: the society imposes to men many masks to be worn from whom the protagonist wants to escape. Men are conceived as an infinite and free flux of energy. Therefore, we can say that le “fil rouge” that connects the two projects is the will to go beyond the ordinary world. Generally speaking, we can say that the composition of Elegy of Madness band derive from the musical influences of each member, and in particular from bands such as: Nightwish, Epica, After Forever, Dream Theater, Rammstein and Stratovarius. The main objective of the band is to communicate to its listeners, the musical passion of all its musicians: the unique source from which the EoM take their force and energy to face the right difficulties and the remarkable sacrifices that the musical word imposes. BIOGRAPHY The group was created during the spring 2006 thanks to the guitarist Antonio Tomasicchio. The purpose is to create a typically gothic sound introducing progressive themes, too. The initial line-up was composed by: Tony (guitars), Alex (bass), Marcello (keyboards), Nico (drums) and Anja (voice). This band worked to create the first demo called Another Path, promoted during many national live shows. The first and last change in the line-up concerned the substitution of the drummer Nico with Roberto Raio. Another Path has also been reviewed and interviewed by many significant magazines. During one of the exhibitions of the band at 5° South’s Cheyenne Festival, an important contest, the Elegy of Madness were pointed out from Mario Riso, director of Rock Tv’s channel and drummer of the Razophonic group. After that, Elegy of Madness were invited to play during the program “Salaprove”, transmitted in all Europe through SKY in November and December 2007 and January 2008. All the unpublished songs that characterize Another Path have also been placed in the programming of many Italian, American and Spanish radios. Elegy of Madness have now recorded their first full length, called “The Bridge of Sighs” through which they’ve signed their first contract with the well known “Sweet Poison Records”, one of the most serious Italian realities in this field belonging to the group POCI ONE -FUEL-LOST SOUND. Their partners are: • Gatti Promotion; • Self distribution in Italy; Plastic Head Music e Code7 in World; • Itunes as digital distribution all over the world. The full length “The Bridge of Sighs” will be officially out on may 2009. ITA: