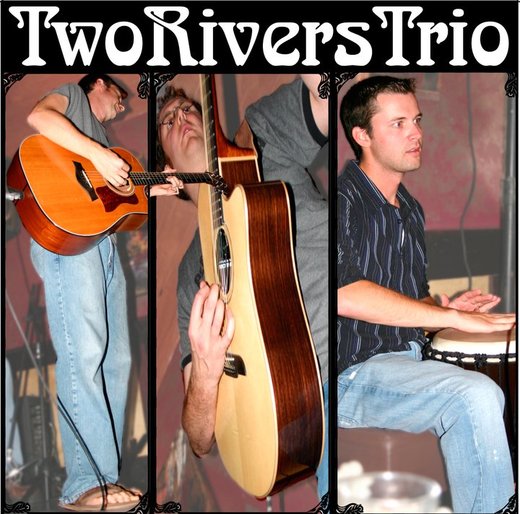 Two Rivers Trio is the result of two long-time friends and musicians, guitarist/pianist Brant Eames and percussionist Adam Taylor, conning a local band director, Cody Richardson, into joining their "group." Brant and Adam had been playing together and talking about performing in public for several years. However, both agreed that something was missing. After talking to mutual friends, the two were introduced to Cody, a classically trained musician and local band director. During their first jam session, an immediate chemistry was apparent and the missing piece of the puzzle was placed.

Two Rivers Trio is a (mostly) cover band from New Braunfels, Texas. As their name suggests, they are a three-piece band consisting of an acoustic guitarist/pianist, a bassist and a percussionist, all three of whom share vocal duties. They played their first live show in the spring of 2008, and have continued to play all around Texas ever since. Live shows are typically very high energy and crowd-interactive. For more information or booking, please email tworiverstrio@live.com .