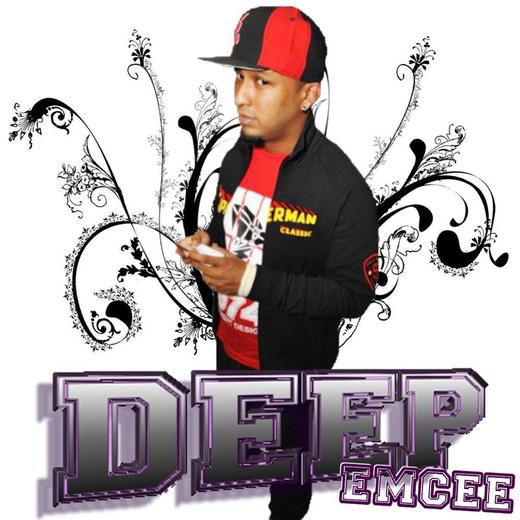 DEEP is no new name in the Hype/MC scene's. Deep was born and raised up in Selangor. Growing up as a very talkative person, he TALK almost all the times as he got titled as the Most Talkative person in his school time (based from the comments & feedback given). During school days, he just loves to get involved in debates and public speaking. Moving forward he started getting involved in events/fun

ctions during university session as becoming the Master of Ceremony (MC) for events. That's where he started realizing that the talent he had should be exposed and should not stop at this level

DEEP started his shout out on the microphone back in 2007 when he got his first opportunity to become a MC for a club in KL city . Based from few opinions from friends and customers telling that the combination of his LOUD and BASS voice with his TALKATIVE attitude really affect's the success of the Party Hype's. DEEP basically he gave his best hype on the Mic and rocked the party maximum!
After succeed in his first event, his skills been brushed and shined more and more! He gets inspired from local acts to international acts. He started trying out various ways of delivering his hype on the mic!! Commercial! Hard-core! Funky! And many more ways!! Since then, DEEP has been moving around KL Club’s scenes and featuring with several Top Notch DJ’s in Malaysia and International. From several guidance and opportunities given, he had learned and developed himself to become one of the well known MC/Hype Man in KL City. Not only in clubs, he had also hosted several events such as Fashion Shows, Ceremonies, Launching, and Corporate functions. DEEP had also collaborated with several Entertainment and Events Group/Companies.

2008 till 2011 is moments where he had moved around following his scene on HYPE around club's. One another, he push his limit's and gave his best every time he performs to make sure everyone get's Hyped and have a good time. Based on his performance, his been recognized of his talent and given more opportunities with several dj's and collaborations with Entertainment/Event groups. DEEP is a part of Wrexxshop Entertainment as well their official MC. DEEP had moved around with Wrexxshop Entertainment DJ's as well collaborated with International DJ's and proven to be one of the Best MC/Hype man around. In 2012 DEEP won the tittle BEST MC OF YEAR 2011/2012 by Choons Award that made his level one step ahead. Passion of HYPE that makes him goes DEEP!!There more to come as its a never ending journey for DEEP.