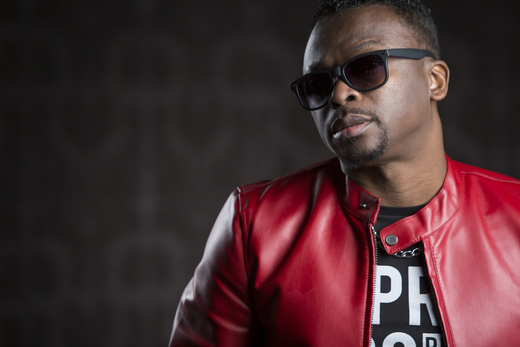 FLO, also known as 'Akinwunmi Nathan Oluniyi Akiremi', has been into the music and production business for over 20years. Besides being an accomplished Producer, Sound Engineer, Singer and Songwriter,  FLO has written, co-written, produced and worked with countless number of artists including 'Shalamar', 'Efe', 'Ibiyemi', 'Wale Adenuga', 'Dekunle Fuji', 'Sammie Okposo', 'Mike Aremu', 'Tosin Martins', 'BOUQUI', 'Aaron T Aaron', 'Vivien Stephen', 'Kore', 'Onos Bikawei' and many more. FLO currently produced 5 songs for the Group MIDNIGHT CREW and also wrote a song for the group. FLO has received several awards to his credit as a singer and producer as well. In June 2011, his song 'You are Lord' topped the charts on the acclaimed site 'OURSTAGE.com' and won the Grand Prize of $1,000. Also within the same time frame FLO was awarded 'The PRODUCER of the year' by SAMSUNG. FLO has also received numerous nominations for being one of the best producers of his time. FLO is known for his crisp, crunchy and FAT mixes and mastering. As MTV Base once put it 'Whenever there's excellence, FLO isn't far from it!' FLO has three (3) albums to his credit - The OverFLO, Another christmas according to FLO and his latest ''Sanctioned''. FLO's sound is distinct and precise. FLO also has a passion to teach both Artists and Engineers in the production field as well.  In his words '..when all has been said and done, it all boils down to the Father of all creation. My ministry and life is solely dedicated to His service'.