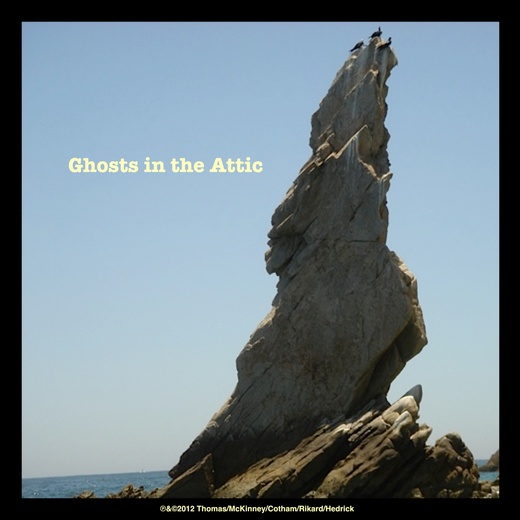 Ghosts in the Attic

About Ghosts in the Attic

Ghost's in the Attic is a combination of core musicians that have played around the city in other bands and continue to play together recording music. Ghost's in the Attic's Music is very eclectic with funk, pop, country, blues and hard rock influences. In our early years, (high school and college) we cut our teeth on hard Rock especially the 80's and 90's. We played music from Guns-n-Roses, Motley Crue, Led Zepplin, Van Halen and through the Grunge era with Sound Garden, Pearl Jam, Lenny Kravitz and many others. Around the mid nineties, we had a funky bass player and he was into Flea and we played a lot of Red Hot Chilipeppers. After College, We formed a band called "Twisted Halo" that was in the Arkansas Democrat Gazette newspaper by being one of the main acts at the Summerset Festival. We played 90's alternative. Do not forget to listen to "Popaholic", our highest ranked song so far which was number 29, December 2010 our first top 40 hit and "Headed Out number 97 in Rock in January 2011. It's been a while but we have half of a brand new CD finished. We have five completely new songs and we have not decided yet to release these first or wait till we have a whole CD completed. We have decided to release some of our new material today! Take a listen and let us know what you think?