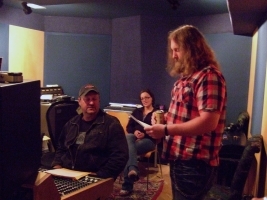 This Ohio native traded in his baseball glove for a guitar after his dream of pitching for the Major Leagues was derailed by injuries and three surgeries. But this "natural" in today's classic country still has the same wow on stage that he once had on the field. Growing up with the Rock N Roll Hall of Fame in your backyard and only a few good ole honkytonks in the neighborhood, you might think it would be hard for Jackson to go country. But that's where his heart is, influenced by such big names as Merle Haggard, Johnny Cash, Waylon Jennings, George Strait, Alan Jackson, Trace Adkins, Hank Williams, Jr., and another rising star, Jamey Johnson. Jackson has already honed his rough-edged baritone into his own distinctive style that promises to eventually put him in the ranks of these all-time greats.

Although he wasn't 6 feet tall then, Jackson has been singing since he was 10 years old and playing guitar since the age of 17. There was one music career snafu in high school. "My girlfriend told me I wasn't any good," Jackson recalls. "So I didn't have the confidence to perform in public till after we broke up." It's a good thing she's history because once Jackson hit the stage in 2006, fans started lining up for his regular shows at a Cleveland club called Fat Boys.

Fast forward to June of 2008 when his musician dad urged him to take his talent to Music City. It didn't take long for the relative newcomer to create a buzz. He plays every week on Broadway with a band that he says is "filled with some of the best hired guns in town!" He's still awestruck by the amazing players of Nashville.

Jackson adds that he still has a lot to learn, but he's a modest guy. He's already working on his first album and starting to try his hand at songwriting.

You can meet him in person at local gigs or catch him out fishing, golfing, "goin' muddin'" in his truck or at the movies. You can hear Jackson's music on this site or at the Jackson Delaney MySpace page. Once you listen, you'll understand why he has only one way to go in the music business: up. 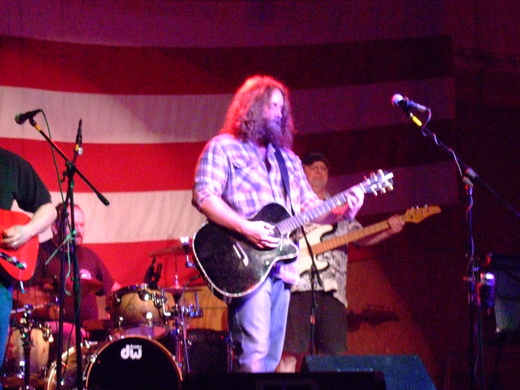