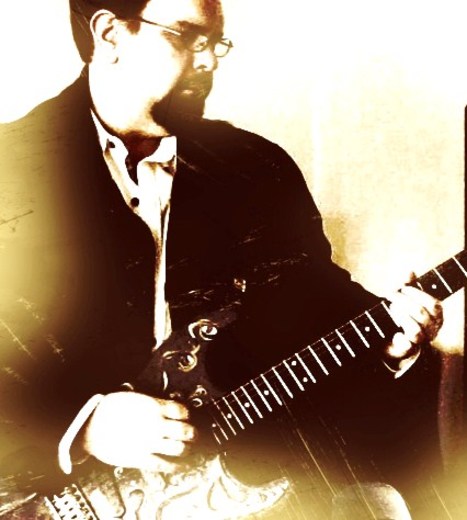 Jake Hedgecoth is a singer/songwriter/guitarist from Crossville, Tennessee, approximately 150 miles outside of Nashville. Where the geography would suggest a country or bluegrass turn, Jake’s music draws from any and everything; ranging from soul, folk, and hard rock, to jazz, to Indian classical music; yes, even country and rockabilly. The only genre lines of note within his work are the much-neglected ones of purity and originality. “I feel like sincerity and originality are rare commodities in music of any kind anymore. In my own experience, when you present something new, and unique, and personal, most people will withdraw from it… or they’ll retreat to the familiar thing that others approve of. But most all of the enduring artists out there, from the indie artists to Elvis, were fiercely individual and idiosyncratic. Even in the face of criticism. I made a commitment long ago to stick with my own impulses in music, because I know that if you aren’t fully convinced in your own mind that what you have to say has merit, no one else will be. If I could have any philosophical impact in this industry, it would be to encourage artists and executives to invest in bravery, even at the risk of really big failure. Taking a chance is the only way to go.” His debut album, "Disavow", was released in 2011 and is available at iTunes, Amazon.com, and other retailers. Jake is a featured artist of Strummerville, The Joe Strummer Foundation for new music and has a free single available at www.strummerville.com/diy. He also has a variety of songs available on ReverbNation at www.reverbnation.com/jakehedgecoth and MySpace at www.myspace.com/jakehedgecoth. There are videos of some solo acoustic versions of songs on the MySpace page, as well as on YouTube, and on Facebook at “Jake Hedgecoth Music”.