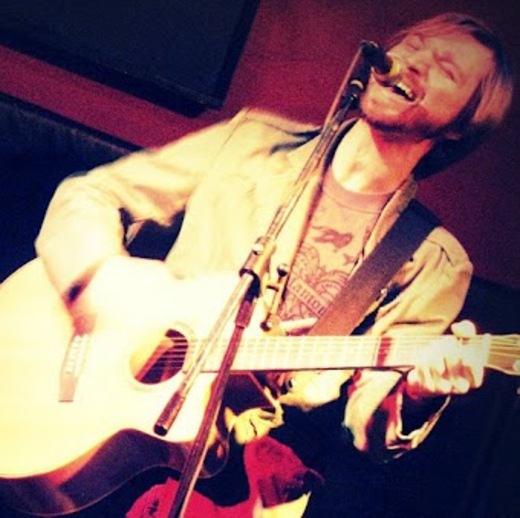 Chicago-based singer/songwriter Jeff Brown was born in the Chicago suburb of Elk Grove Village, IL. After moving to California as a child, he began a lifelong love of making music upon finding his dad's old guitar in the attic. Raised on heavy metal (Brown was a veteran performer in several heavier bands throughout high school and college), versed in classical and the blues, he has since found his home in the soothing melodies and heartfelt lyrics of modern folk rock Brown graduated from Loyola University in Chicago, studying English and Philosophy, and after several years returned to Academia to study law, specializing in Entertainment legal matters.

During a two-year stint in litigation, Jeff Brown met singer-songwriters Greg Combs and Christine Knodle, and formed Goodbyehome in 2008, an alt-country band rooted in rich harmonies and strong songwriting. Though focusing a majority of his musical attention on Goodbyehome, Brown grew as a songwriter in his own right, and began gathering material and players towards his own ends. As the Goodbyehome lineup changed, many members teamed up with Brown to form the core of what is often lovingly referred to as “The Jeff Brown Extra Large Trio” – a four-piece group also consisting of Christine Knodle on violin and vocals, Jim Lordeman on drums and vocals, and Michael “Vez” Narvaez on bass

Often reluctant – or unable – to characterize with any particularity the definitive style of his music, Brown frequently describes his sound as ‘a singer-songwriter who got himself a band’. His shows and music run the range from delicate indie-folk to more aggressive alt-rock with forays into jazz and chamber pop, thanks largely to the intricate strings of violinist Knodle. His songwriting trends towards the melancholic and his Facebook page cites his songwriting influences as “Girls and alcohol, mostly,” though in reality, his music is rarely that one-dimensional. Brown writes love songs for people who are sick of love songs

Balancing a blossoming legal career with his musical pursuits, Brown released his long-overdue debut album, ‘Last Chance’ on CAUDog Records in June of 2012. An 11-track work engineered and produced by Ellis Clark, named via Brown’s assertion that “pretty much every one of [these] songs is a healthy mix of despair and hope.”