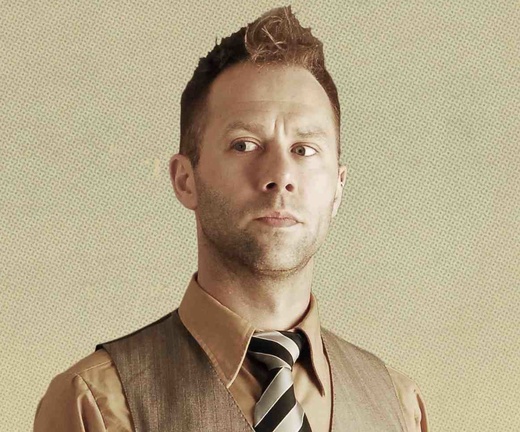 Singer-songwriter-pianist Jeffery Michael Straker performs over 100 shows per year across Canada.  He recently recorded for CBC radio’s ‘Canada Live’, had a music video chart in the top 10 on Much More Music Canada and in 2012 toured in Africa.  Tour stops range from intimate house concerts to club & theatre shows and include a recent sold-out concert (capacity 2000) with the full Regina Symphony Orchestra.  The review following his orchestral debut read: “Straker was simply spectacular...clearly one of the province’s best cultural exports”.  Canadian Musician Magazine has said, “Very much an artist to watch” while the Chicago Free Press has written, “Rufus Wainwright, as well as k.d. lang are among the Canadians making essential and beautiful music. Add the name Jeffery Straker to that list”.

Straker has recently launched his latest collection of songs called “Vagabond” (Oct 2012).  The album was produced by Canadian multi-instrumentalist, singer-songwriter Danny Michel.  Colouring his piano-pop music with a neo-folk feel, this is Jeffery’s most exciting work to date.  A thrill for Straker was recording on Glenn Gould’s grand piano at the CBC studios in Toronto.  The release has been met with critical acclaim with the Toronto Star giving it 4 (out of 4) stars and calling it “one of the most faultlessly conceived and meticulously executed albums in any genre to come out of Canada in a long time”.  “Vagabond” debuted in the top 20 on the iTunes singer-songwriter charts and charted in the top 10 on several college radio stations across Canada.  Xtra! (Toronto) said of the album: “like the unexpected yet surprisingly down-to-earth lovechild of Neil Young and Elton John”.

Originally from small town Saskatchewan, the classically trained pianist was raised by a church organist mother and auctioneer father.  He swears he was born under the piano on the family farm.  All this might explain his incredible ability to share songs with audiences.

Jeffery has been invited to showcase at events including Canadian Music Week (2X), NXNE, the Western Canadian Music Awards (4x), and JunoFest (2X).  His songwriting has seen him become a national top 10 finalist in the Canadian Radiostar Songwriting Competition and a top 10 finalist in both the 2009 & 2011 Mountain Stage Song Competition (USA).  In 2010 he was honored to be short-listed for the Sask. Lieutenant Governor’s Arts Award.

Recent touring highlights have seen Jeffery debut at the National Arts Centre in Ottawa, perform at folk festivals and in several Canadian theatres.  He’s also been booked to perform more concerts with orchestras in the next few years.

Jeffery is a musical descendant of Beethoven through teacher-student lineage (see his website for the full story). He was a student of the Royal Conservatory of Music and received his licentiate diploma in piano performance from Trinity

College, London when he was just 19.

Jeffery thanks the Saskatchewan Arts Board, SaskMusic and FACTOR for their support of his music.

Check the tour calendar for details at: www.jeffstraker.com