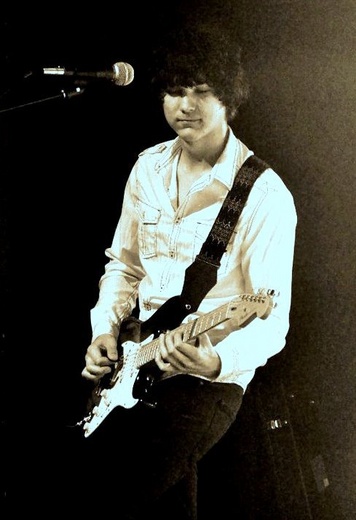 For a local teenager who has shared the stage with Robert Randolph, Blues Traveler, Los Lonely Boys and Queensryche, hard work provides the rhythm to talent’s melody. Jesse Kennemer spends three to six hours a day practicing his guitar, at times so absorbed he ignores cell phone calls. Successfully answering music’s call requires hard work, believes the young man who has played the Austin Music Hall in Texas as well as the Out of the Way Cafe in Williams. “Since I was 10, I’ve known what I wanted to do for a living,” said Kennemer. Who spent a week in June in an intensive seminar at the Musicians Institute in Hollywood. He learned to play along with songs, then later took lessons. He had his own recording session in Studio City, Calif., after a manager who lived locally read a 2003 Daily Courier article about the 10-year-old Kennemer playing at local jam sessions. In 2003, Kennemer first appeared at the Rogue Theatre in Grants Pass at a benefit with Brett Claytor and the Blind and Crazy Band. July 17 2008, as the Jesse Kennemer Band opens for the Fabulous Thunderbirds.He played the Rogue with Los Lonely Boys, not his first time on stage with them. Kennemer performed at the Austin Music Hall New Year’s Eve 2004 with Los Lonely Boys and Robert Randolph and the Family Band. Playing before thousands, “You get more adrenaline, and you get more into playing and playing for the crowd,” he added. He isn’t normally nervous about performing, although he was at first when he opened solo for Queensryche at the Rogue Theatre in 2008. Then he got into playing. “It’s just comfortable,” he said.While his guitar may shout, his style tends toward calm, accented sometimes by a smile. He left the life of a student at Grants Pass High School and hurries to finish a high school equivalency degree and move to college level. He wants to attend the Musicians Institute full time, if finances allow.
For more info go to :
http://www.reverbnation.com/jessekennemer