Jesse Lafser has had land in sight for eight years now. That's how long she's lived in the Music City of Nashville, a town of considerable charm but nothing in the way of oceans. If she came for the water, then she, like Humphrey Bogart's Casablanca character, was misinformed.

Named after a Thomas Hart Benton painting of a woman playing guitar, Lafser is rarely misinformed and often informative. Her latest album, Land In Sight, is a gentle gleamer, a testament to what's possible when someone with unique perspective mines the rich pool of talent in today's Nashville and seeks atypical beauty.

"Lafser's ability to tell a story is remarkable.... her unassuming voice is subdued, simple and clear - perfect for delivering Land In Sight's profound truths," wrote Erin Manning in American Songwriter magazine. Erin Manning was not misinformed. Co-produced by the artist and Mike Odmark, Lafser's latest gets compared, pleasantly, to work from Gillian Welch, Mary Gauthier and others who trade in a rare kind of gritty elegance, and who seek an emotional specificity that connects disparate souls.

Lafser was born a quarter century ago in St. Louis. She was raised on St. Louis blues, Roger Miller and transition: She and her family moved eight times - all within the city - during her youth. Classically trained on guitar and piano and less-than-classically trained on banjo and harmonica, she wrote her first song at age 15. It is not included on Land In Sight, an album whose title is inspired by a Mark Twain story about sailors lost at sea and finally found. 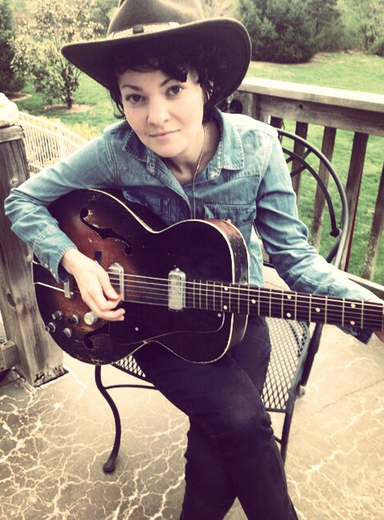