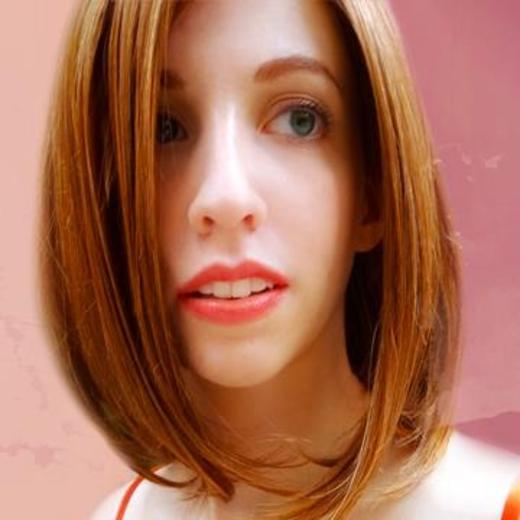 Order your copy of the albums, Origins and Through Sand and Snow!
Jillian Aversa’s music, ethereal and uninhibited, reflects the awe and passion of timeless nature.  Its soul-touching alchemy has attracted attention and multi-award-winning acclaim, deriving from her talent both as a classically trained vocalist and songwriter.

Hailing from Boston, Jillian began singing in her family’s home studio at the age of six.  She recalls with a laugh, “My father had me record a song about saving the rainforests!”  Nevertheless, her love of music was sparked, and she soon committed her life to the field.  Developing herself first as a vocalist and performer, Jillian graduated with honors from the prestigious Peabody Conservatory of Music, winning the George Castelle Memorial Award in voice...  But a wandering eye led her to the arena of computer music, and she soon began to supplement her classical studies with compositional ones

With her debut albums Origins and Through Sand and Snow, Jillian responds to the lack of lyric-centric works in contemporary New Age/World music - and in such a dauntless manner that it is difficult not to take notice.  Allowing her powerful voice to soar through beds of exotic instrumentation, both albums rely upon her instrument and lyrics not only as the definitive lead, but also as an amalgam of other backing textures, enveloping the listener in her warm sound

Jillian's music is being broadcast to more than 8 million listeners worldwide, spanning over 70 stations including XM and Sirius satellite radio - a list that is rapidly growing.  Origins debuted at #8 on the New Age Reporter radio charts for two consecutive months and has been consistently ranking in the top 10 on numerous stations, while Jillian was named “Best Futuristic New Age Singer” on iNewAge.com, a reviewer dubbing her “better than Enya.”  The album received the #1 New Age Album spot of the year on NewAgeMusic.nu, above a great many tried and true artists

Jillian has also amassed a passionate fan base online.  In the listener-voted music competition OurStage.com, she triumphed over twenty thousand songs to win the $5,000 Grand Prize, and has garnered the New Age/World Prize thrice over.  With other awards including third place in the Indie International Songwriting Contest, Mystic Soundscapes’ Best of 2007 and 2008 Awards, and dozens of online features, Jillian Aversa is steadily becoming both a critical and popular favorite – and redefining what we think of New Age music along the way

(Origins and Through Sand and Snow are available through the music page here, as well as on CD Baby, iTunes, Amazon, and other major distributors.