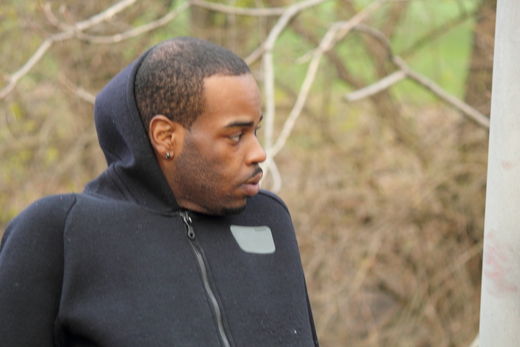 JNan (pronounced Jay–Non) is a musical prodigy whose roots are in every area of music from rock, jazz, and blues to country. As a legacy in the business his family tree speaks of experience and creativity. His music reflects the diversity, which appeals to all people and tastes. He is truly a musical everyman, and in his own words “striving to become a legend not a rapper”, and putting real heart back into Hip Hop.

JNAN is the Clear Channel/WGCI 2004-2005 Chicago Idol. His voice has been featured in commercials for several regional businesses and national corporations including Fox Television, KFC, EZ Link Prepaid Wireless, Southside Tattoo, and Collections Clothing to name a few.

JNAN has been a featured Budweiser True Music Artist and was featured in the October/November 2005 issue of Complex magazine. He is also a featured artist in several regional and online publications and websites such as LifeMagazine.com, TheSource.com, URB.com, Vibe.com, HipHopsocialite.com, Fakeshoredrive.com, Allhiphop.com, Ourstage.com, and UrbanWire.com to name a few. U.S. Cellular’s licensing of RapperrMan on two lines of smart phones in October 2007 and April 2008 introduced JNan to the cellular giant's vast consumer base.

Industry elite say JNAN has created his own lane by introducing a new culture, practiced in the inner-city streets of Chicago entitled "$wala" (s-wallah).  JNAN is one of the original founders of the culture which is simply defined as "everything is everything".  $wala Nation is growing rapidly by the day and is said to be one of the next big movements in both the inner-city and the music industry.

JNan has worked with the best of the Chicago music industry, gaining respect, love, and support, and producing highly marketable and entertaining music at a very young age. His demeanor is one of a seasoned and wise veteran of the game. JNAN has recently completed singles with Kanye West, No ID, Shawna, Slim Thug, Young Money Artist Jae Millz, and Bobby V. to name a few.

JNan is not the average Recording Artist/ Rapper, he is a musical genius.  He possesses the talent to create/executive produce records for singer and rappers impromptu  which makes him a triple threat.

JNAN possesses originality unseen in the industry to date. Here’s what major industry artists are saying about JNAN…
“Man! Man! All I can say is Southside, Southside. We’re gonna start this party off right! JNAN is the total package.” -Kanye West
“From the moment he stepped on stage I just wanted to watch him. Then it was almost like I could’ve closed my eyes because the visual of everything that JNAN was saying was so clear. His presence is up there. He’s just got it, he’s got It.” –Common.
“He’s like the Black Rocky. He’s got the eye of the tiger…all the elements of a star!”– NoID

Get ready for the future of Hip Hop. Its name is JNan