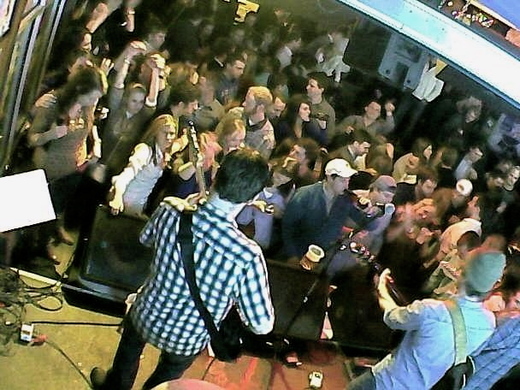 Josh and his band spent most of 2011 and 2012 promoting his self-titled E.P. by continuously playing venues across the Southeast and Midwest. It doesn't matter if they are performing your favorite country song or rocking out to Josh's handcrafted original material, everyone will be up on their feet enjoying a high energy show.

Josh is currently in the process of finalizing his sophomore album, featuring the much anticipated "Trying to Survive" and the crowd favorite, "Say it Ain't Over"! The new album is expected to be released in early 2013!

From a young age, music has been an integral part of Josh’s life. His love for music began with singing gospel songs in church, receiving his grandmother’s guitar at age four, and listening to Hank Williams and George Jones songs with his Dad. After being taught 3 chords by a local bluegrass player, Josh became dedicated to teaching himself how to play the guitar at the age of 12. From that time forward, he spent endless hours learning songs and playing in local bands. He left his hometown in 2003 to attend the University of Kentucky, where he obtained a degree in Horticulture. While in college, Josh began playing and singing on front porches for his friends. With encouragement from his friends he began playing at The Paddock, a local tavern near campus. He was soon asked to play at Redmon’s, a music venue in downtown Lexington, where he played weekly for the next two years. Following graduation, Josh left Lexington to pursue his life-long dream, a career in Country music. He arrived in Nashville in the fall of 2009 and soon began writing and recording music. His new CD, featuring five original songs, is a reflection of past experiences that he hopes listeners can connect with. He is currently promoting his self-titled E.P., which was released in October of 2010, by playing venues across the Southeast.