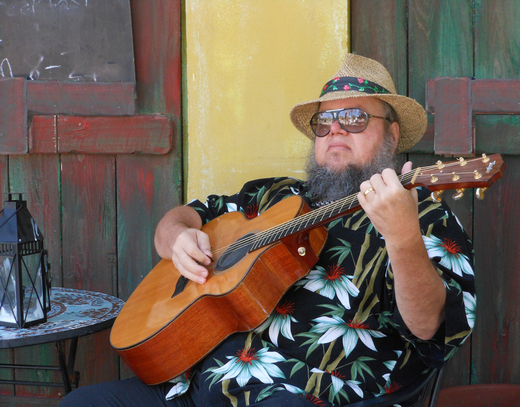 Dan currently plays out as a singer-songwriter and host of showcase events with other artists when he isn't writing new songs. He's a regular at songwriter and folk events and festivals on the Gulf coast of Florida.  He was recently selected as an up and coming songwriter by Rich Reardin, who hosts "Searchlight," a part of the series he produces with Jason Wilbur (John Prine's guitar player). http://www.prx.org/pieces/79330-searchlight-dan-stevens-priorities

He won an honorable mention in the annual Billboard Song contest with his song Requiem, as well as a number of other alcolades. He released his first professional album, Rearview Mirrors, in 2010. It made the long list for the Grammy this year and he's hard at work on his next cd, My Life of Adventure, for a release date late this summer. Most of the musicians from his last cd are returning, along with Gove Scrivenor, Chubby Carrier and Wally Murphy.

Dan's music is influenced by the songwriters and musicians of his generation: Townes Van Zandt, Gram Parsons, John Prine, Jerry Garcia, John Hiatt, Steve Earle, the Jefferson Airplane, Dan Hicks  and even Roy Clark. He's also greatly influenced by the writings of Jack Kerouac, who died a few miles from his home.

He began his musical career in the 60's with his first band, The Rats. Due to issues with curfews, bedtimes and a lack of transportation (and driver's license), he put his career on hold until the early 70's, when he left Beloit College and traveled to Guam.

There, he joined Bamboo, a horn band which played island nightclubs and concerts. Over the years, he's been one of the founding members of a number of rock n' roll/blues bands: Apathy, Cottonmouth, Windfall Prophet, Groove Moon and others. He's played across the New England states, in Texas and Colorado (Boulder,Telluride, and Colorado Springs), and, of course, South and Central Florida.

He lives with his wife, Juju, in Gulfport, a small art town on the Gulf Coast of Florida, where they are actively involved in their community. Until Juju's stroke, she was a law librarian and adjunct professor at Stetson, just down the street from their home. Juju lived in New Orleans for many years, hence some of the South Louisiana influences in Dan's music.