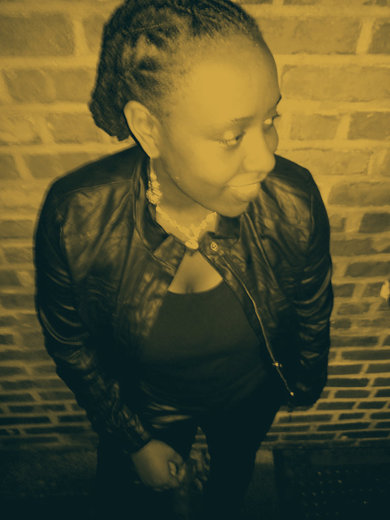 Hailing from Mount Vernon, NY, Kelly grew up having her voice and

her soul nurtured by the local church community. It was this

environment along with personal influences like Stevie Wonder Lauryn

Hill, and Sheryl Crow that helped Kelly shape her mentality about the

role that music plays in our lives.

commodity but declined as an art-form. Kelly*Jones represents the

resurgence of recording artists who exalt passion and innovation

above profit. Kelly*Jones believes that music, an ancient and sacred

form of communication, used to possess an electricity that could be

felt and understood by anyone, no matter what language you spoke.

It is this electricity that possesses the body, envelops the spirit, and

ultimately makes us feel alive. After years of honing her craft as a

touring performance artist, Kelly*Jones is ready to reveal her

masterpiece to the world.