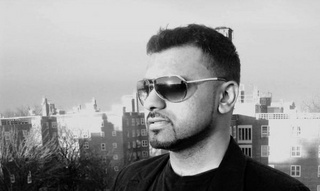 Hailing From Hollis Queens
New York, home to some of the most prolific Hip-Hop artists to ever grace the mic, KingSage now steps in the booth. With influences ranging from 80's rock to Hip Hop, Jazz Blues, Pop all the way to Classical. KingSage brings a style to Hip-Hop that will revolutionize how people view the genre as a whole. Born in the heart of Queens he grew up in a traditional Pakistani-American
household. The love for music was instant. His older brother exposed him to Rap and Freestyle in the late 80's and early 90's. While his older sister showed him Rock and Pop music.
Enmeshed with the love for Music he started rapping in 1997. Afterward he started his own studio and extended his talents into producing, recording, mixing and managing small and major indie projects. He's learned all the weaknesses and strengths. Now its
time for him to encompass this entire rap game and show them something they've never seen before.