Albert Martinez aka “Chi” was born in Brooklyn, NY in 1981.  His mother knew it would be difficult for her children to grow up on the streets of NY therefore, in 1986 she along with his stepfather and older sister relocated to Woonsocket, RI where he currently resides. Growing up in RI would not prove to be any easier for Chi. His mother and stepfather began abusing drugs.  During this time Chi left home, joined a gang and was on the block. At the age of 16, he was ordered to serve 6 months in training school after being arrested for delivery of cocaine. During this time he began interested in music which became a pivotal turning point in his life.

After being in and out of the system and giving almost 6 years of his life to the state of RI, he began to mature mentally, and became more serious about his music. He realized life was much more than the streets and what it had to offer. Rap provided an outlet for Chi to talk about the things he admired such as cash, drugs, cars and girls. It also put him in a comfort zone where he felt he was in charge and no one could stop him.

So many positive things have happened for Chi since the days on the streets and prison cells. He is a member of rap trio “Dark Skyz“, and has released “The Forecast” with the group, and “All or Nothing Vol.1-2”, and most recently “Stand Out” as solo projects. Also he has been featured on CD’s with DJ D-Wun, DJ Franchise, DJ Ruiz , Krook Rock, and more. During his journey to rising fame he has had the opportunity to open for artists such as Juelz Santana, Styles P, Freeway, Red Café, Lloyd Banks, and KRS-1, waiting for the day the arena is full of fans awaiting to hear his story. 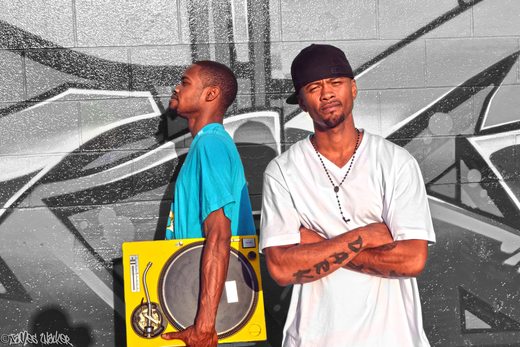