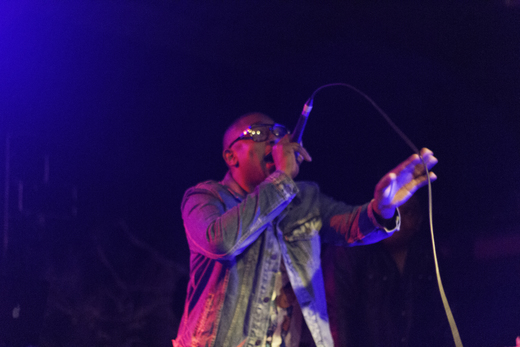 The lyrical mastermind Lashawn Creed was born on September 18th 1986 as Lashawn Creed. When previously known as “Yungstunna” and “Dymez.” From the streets of southwest Philadelphia there weren’t many options for a growing black male. Troubles at home, fights in school, surrounded by drugs, high crime, prostitution, and gangs Lashawn Creed found a desire in music, art and, let’s not forget, old school cars. At a young age hearing the song "Scenario" by A Tribe Called Quest he developed such a passion for hip hop. He recalls listening to it over and over again, teaching himself how to write and rap. Studying the art of hip hop he began to start his own music career. With the absence of a father in his life he grew and looked up to a wiser cousin, Black. He taught him about life, money, society, and woman. Black saw talent and intellect in Lashawn and therefore gave him his first rap name “Yungstunna.” With a name to himself he got tired of rapping off of other artists' beats and was encouraged to make his own. Becoming more poetic, at the age of 17, he became "Dymez" rooted from a childhood nickname, and now established a name to be heard. Performing at clubs, making his way on the internet, as well as freestyle battles he was sure to be the greatest locally. Things in his life were moving so well and he felt as though he was going to have it all until tragedy broke and he lost his inspiration. His best friend, Sabrina, died in a car accident. At this time, he had no motivation and didn't want to accomplish his goal without his biggest supporter by his side. Years spent with people asking, "Why did you stop rapping?" music was forgotten about for “Dymez.” Although he stopped writing, in 2004, he established his own record label named Platinum Touch Records and produced a group called Certified Stars. With artists, himself included, from all over the U.S. they wanted to be acknowledged. It wasn't until he had his little girl, Kyeco, on March 2007 that it was evident, a new light and started recording again. At the age of 21 he lost another person he cared deeply about, Black, and was almost ready to give up again. With his daughter now being number one, he couldn't fail her. Realizing now what it truly was being an adult and a father he changed his name to Lashawn Creed. With taking his middle name and adding a powerful word like "creed", meaning a formal statement of religious belief, and transformed himself and his lyrics to be the "One Power." Making CDs, networking with productive people, posting videos on the web, and hours spent in his room making beats and writing thoughts and dreams on paper, he isn't going to struggle anymore. Just listening to his lyrics you will feel the agony, the heartache, the laughter, and the joys of his life. Determined, he will not die without being internationally known. This is for his little girl and everyone who told him he couldn't do it. To be successful with his music and have the life he's always wanted. Let’s welcome Lashawn Creed to the music industry.