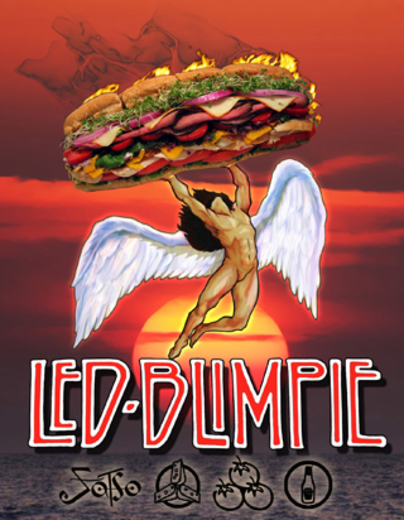 Led Blimpie has been rocking the Zep since 2005. Their mission is to bring the fully orchestrated studio versions of the Zeppelin catalog to the stage MASHED together with the excitement and energy of playing Led Zeppelin LIVE! These guys don't dress up so dont expect a look-a-like show. With a singer that also plays guitar and harmonica and a regular cast of guest performers, the members of this band are no mere impersonators.  Led Blimpie always gets the crowd going. Shows can range in duration from 1 to 4 hours. The band has been known to take request after request and often encourages the audience to sing-a-long on such classics as Black Dog and The Ocean.