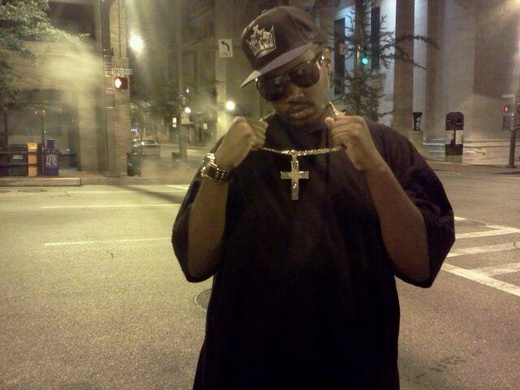 About Lost Angel of Havik

Lost Angel (L.A.) was born, Lawrence Arthur Dale Lyons on April 17, 1987. He was born and raised in Takoma Park, Maryland. He started writing lyrics and developed an interest in music in the summer of 2003. His first penned and recorded song was titled "Who Will Cry" and featured vocals performed by his friend and mentor-figure Warren Bolden a.k.a. Warren Peace.

Over the years, L.A.'s talents grew and developed. His influences ranged from Warren Peace to Eminem and Bone Thugs ~N~ Harmony. In September of 2007, He joined and became a founding member of the group Havik with long time collaborators and friends, Rayne, Secrets, Ness Rhyme, and Stak.

As a solo artist, L.A. has released a total of 5 album/mixtapes. He has also been featured on several albums by other underground artists including Thin Ice, Str8 Ridaz, Lil Na8, Element Thundah, etc...

L.A., as far as Havik goes, has been on every single song the group has made, with the exception of "Fallen." As such, he is present on the groups first album, "The Road Ahead," and will also be on the group's sophmore release, "Feel The Vibe," which will be released June 16, 2009.

For more information, go to www.havikmusic.com