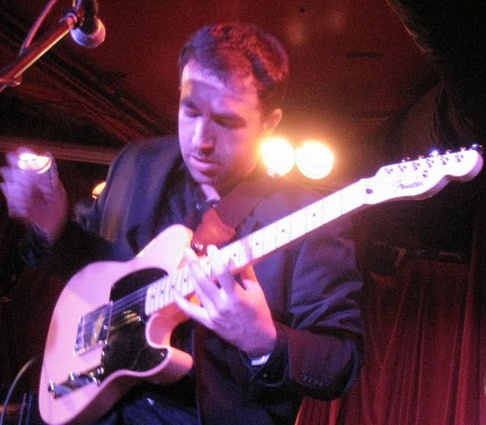 Lucien LaMotte is a composer, guitarist and instructor interested in collaborating with other musicians to create new sonic environments. As a guitarist, Lucien has performed as a member of the funk/rock group The Unknown Jeromes with drummer Jason Tabosa and bassist Scott Clay, as well as played in the world music ensemble Brother Sun, fusion ensemble 650 Connection, and has performed with bassist Myron Dove of Carlos Santana, former Doobie Brother saxophonist Danny Hull, and performed as a member of the Afro-Bebop group the Pascal Bokar Band for former Dizzy Gillespie guitarist Pascal Bokar. He has had the privilege of sharing the stage with artists such as Chaka Khan, Ziggy Marley, Don Carlos, The Temptations, The Whispers and the O'Jays. Most often Lucien can be heard playing jazz guitar in combo settings. As an artist, Lucien is interested in combining folk/Americana elements with jazz harmony, improvisation and electronic textures. The music for his debut album When You Go is influenced by the sounds of Country and folk music with vocal harmonies reminiscent of the Beach Boys.

Record Label: Unsigned
Go to www.youtube.com/luclamot for videos and www.reverbnation.com/lucienlamot for more music.