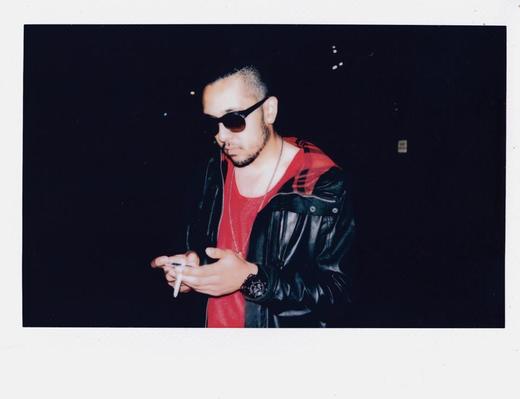 Every once in a while, we'll hear about artists changing the way you think about your craft. Names like da Vinci, Van Gogh, Picasso, and Warhol changed the world of painting. In Hip-Hop Rakim changed the way you flowed and wrote lyrics, Dr. Dre changed the way you produced, and Eminem changed the way you view other races in the rap game. What does this have to do with Matt Brevner you might be asking yourself? The answer is simple, every ground breaking artist has it's beginnings. This is his story...

Matt Brevner was born and raised in New Westminster BC, Canada (it's a part of Vancouver). His life has been quite the journey and the journey started at the age of ten, when his cousin introduced him to some rap music. "As a young kid, I used to read a lot of poetry. When I first heard Hip-Hop from my cousin, I was blown away. It was basically poetry over a heavy beat!" said Brevner. Somewhere down the road though, his life changed, and he's lived through some dark days. He turned to a life of crime to earn his living. "I lost a few friends, a few of my connects. From there I knew I had to get out." To make matters worse, he lost his grandfather whom he was really close to in 2007, leaving his grandmother to be alone in their house in Richmond BC (another Vancouver suburb "I couldn't let her be alone, so I man-ed up and moved in to live with her." Matt found himself broke and down on his luck. He got a job building cabinets, but wasn't happy with the direction his life was taking. It was music that became his therapy and at the time he didn't know where his talents would take him.

He invested in his own equipment and built a studio in the basement of his grandparents house. No longer did he feel like he had to make music to please others, but to please himself. Matt decided to wear the producer's hat and taught himself how to make beats. "I had to learn. If you want something done right, you gotta do it yourself." His sound can be classfied as "new age", something that stays true to the essence of Hip-Hop, yet can appeal to pop music and electronic aficionados. He also began to work with Sythe of Ill-Legitmate to create his company B-Sharp Productions. 21 years of led up to the creation of his debut album "Magnum Opus". All his joys, pain, heartbreaks, and triumphs could be felt on that album. Critics and fans agreed that "Magnum Opus" is exactly what it is supposed to be, a masterpiece, a great work:

"One of Brevner’s strongest talents is his witty use of punch lines and hard-hitting messages that clearly capture the multicultural urban experience of Canada’s youth. While hip hop aficionados appreciate Matt's crisp beats and clever rhyming style, his deep, powerful and raw story-telling makes one wonder if his music could serve as an at-risk youth intervention tool." - Ben Taylor, Epoch Times 11/4/09.

"He has the swagger, the lyrical ability, the production abilities, and the work ethic. I’ll admit, its contagious. I'll say on record that (Magnum Opus) it’s a classic" - Ryan Ventura, classandgrime.com, Heat From The Street Vol.1.

The buzz for the album spread like a wild fire all across the city of Vancouver. He has headlined shows at all the major clubs in Vancouver, has shared the stage with J-Live, Zion I, Vancouver legend Emotionz, and Canadian Hip-Hop pioneer Maestro Fresh Wes. He has also headlined the Shambala Music Festival in 2009, been featured on Global TV, the Epoch Times, MTV's new reality show "Peak Season", and is on regular rotation on The Beat 94.5FM in Vancouver.

On top of being a well rounded figure amongst others in Vancouver’s hip hop scene, Brevner’s sound is reflective of his broad scope as an artist. Aside from delivering the proverbial aggressive and hard sound that is associated with rap music, Brevner’s music also includes a variety of undertones, reflective of other musical genres, such as soft lyrical melodies to high energy house tracks, leaving no listener out of the loop when it comes to his music. Be sure to watch out for Brevner's collaborative dubstep/hip-hop album with DJ Stylust, entitled "Wobble Street." Combining classic Dubstep undertones with intricate melodies, it is a refreshingly original take on both genres.

With his artistic dexterity and business savvy knowledge of music and hip hop, it is no surprise that Matt Brevner is a promising figure to watch out for in the music industry.