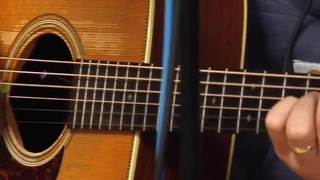 Matt Nathanson doesn’t waste any time setting the tone for his transfixing new album, Some Mad Hope. Diving headlong into a sea of chiming guitars, the San Francisco-based singer-songwriter breathlessly declares “I’m wide awake and so alive” -- the opening lines of “Car Crash” serving as a statement of emotional clarity that permeates the disc's every groove.

Some Mad Hope, Nathanson’s sixth studio album (and first for Vanguard), is in many ways his most fully realized work to date. Recorded over the past two and a half years, the 12-song set displays a sonic depth that dovetails perfectly with what he admits is a newfound songwriting confidence.

“Every time I make a record, I think ‘this is it!’” Nathanson says with a laugh. “But I don’t think I really understood how to make a record until this one. The process and the result had much more of a dynamic to it -- we weren’t just presenting songs -- it felt like the longest childbirth in the history of childbirths, but by the end, we really got it.””

At the core of Nathanson’s music are his lyrics -- deft turns of phrase that can alternately cut deep into the heart or heal it. That’s evident throughout Some Mad Hope, a song cycle of sorts that chronicles the search for a genuine connection, touching on the sensually electric moments as well as the darker frustrations of sifting through the wreckage -- in hopes of finding redemption at the end of the day.

“I definitely think of the album as capturing the arc of a relationship,” says the Boston native. “It starts out on a positive note and it goes to some really dark places. But after touching bottom, there’s a sense of optimism in the end. Maybe coming from a realization that two people can be a team, not just two individuals who happen to be together.”

From the gentle string washes that lap the edges of “Heartbreak World” (a song that balances wistful backward glances with gingerly-held hope of better things to come) to the insistent rhythmic pulse that drives the wind-at-the-back anthem “Detroit Waves,” Nathanson demonstrates a mesmerizing attention to detail. Each of Some Mad Hope’s dozen songs exudes a distinct personality -- a dynamic that can’t help but draw the listener in.

“In a lot of ways, the album is about learning what a relationship really can be,” he says. “Some people deal with that when they’re 20, some people deal with it in their thirties and some people never do-- writing and recording these songs genuinely left me with the feeling that, ‘wow, this is a real step forward for me, both as an artist and as a person.’”

After relocating from Boston to San Francisco in the early '90s, Nathanson came to prominence on the coffeehouse scene, but before he picked up his acoustic guitar, he was well-schooled in the art of big-riff rock. That grounding has stayed with him to the point where he can still trot out a Kiss cover or whip out a wallet adorned with the visage of Jon Bon Jovi.

Nathanson lived his life as the very model of the modern independent artist, journeying from town to town, logging literally hundreds of thousands of miles, all the while captivating audiences with his confessional songs and spontaneous, uncensored stage banter. This hard work has garnered Nathanson a remarkably devoted following -- folks willing to cross many a state line to spend a couple of hours communing with Matt and his band (and to spread the gospel through an intricate network dedicated to trading recordings of the live shows).

Early self-released discs like Ernst, Not Colored too Perfect and Still Waiting for Spring gradually raised his profile as the late ‘90s wore on-- even though he now jokes that “some of the songs sound like I recorded them in my closet.” After a few years of honing his live show -- both headlining and opening for artists like Tori Amos, John Mayer, Pink, Guster and OAR -- Nathanson took a detour into the major label ranks for the ambitious Beneath These Fireworks

“That album was an education in a lot of ways,” says Nathanson, who opted to return to self-financing for his next release, the acclaimed solo acoustic live album At the Point. “I felt like I needed to turn the page, and felt a live album would help me do that. People always threw out the idea that I captured [my earlier] songs best live, and I thought I could deal with that head on by doing a live album and moving on.”

He does just that on Some Mad Hope, a collection on which he balances his intensely personal worldview with engaging character studies and a goodly bit of soul-stirring romantic passion. While there’s plenty of emotional heft to be found, Some Mad Hope has its share of simple, visceral moments as well -- from the shoot-for-the-hips sexiness of “Come on Get Higher” to the sense memory of “Still,” in which he focuses on the fleeting recollection of lips meeting lips in the not so distant past.

“In some ways, I think this is a really mature record, but I don’t think it’s necessarily one that says ‘okay, I’m an adult now,” he says. “A lot of times when artists ‘mature’ in a certain way, they lose the stuff that drew you in and actually blew your mind in the first place. I don’t think you need to stay stuck in perpetual adolescence, but you do need to keep part of you frozen -- so you don’t lose touch with the wonderment of seeing the world the way you did at 17. I want to hang onto that.”
Web Links:
Website