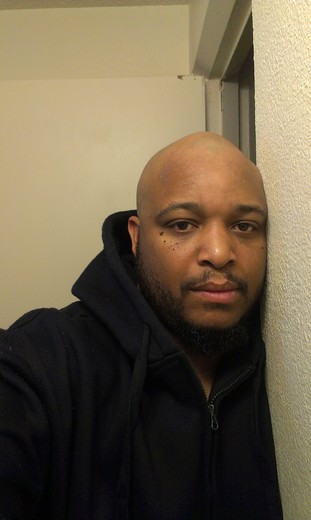 His style is fresh yet comfortably familiar – a composite of the musical influences and life experiences that makes each song a message from the heart.

Mickey Joe’s  journey in developing his musical talents began with performances in high school talents  shows.  He also made the local circuit of talent competitions, a frequent winner for his footwork, particularly at the shows held at the Regal Theatre in Cincinnati. He later became the cornerstone  for the weekly cable talent show, The Entertainer, where he wrote and performed the

opening  song  for the show. It was through this show he met Gerald Brown, an original member of Shalamar. He and Gerald partnered to open for The Whispers in concert in Cincinnati, singing three of Mickey Joe’s original songs.

Continuing to hone his craft, Mickey Joe produced music both for himself and others, including three albums for local talent. His first album of his own works, Music Without Motive, included the single

Read Your Mind, which turned Mickey Joe into a wedding singer. A revised Read Your Mind appeared on His second album, Reasons, a collection of works by a man examining his perseverance in a Love gone wrong relationship. When asked about his obvious excitement, Mickey Joe says, “New Songs mixed with old styles and songs with new influences.” Mickey Joe credits his early musical influences to artists such as Michael Jackson, Luther Vandross, and Stevie Wonder – musicians from an era where lyrics were memorable for their message more than their repetition. He also notes that it was Herb Alpert’s trumpeteering that first influenced him to learn  to play an instrument, where he then learned to play all percussions and piano.

In July 2011, Mickey Joe, produced a gospel album where his first single titled John 3:16, hit Number One on the gospel chart. Also having two other hit singles from that same album in the Top 10. Mickey Joe is now presently working on several new projects and a fresh new album, which will guarantee his listeners, a more mature, laid back R&B sound that will cater to all generations.

What does music mean to Mickey Joe?  “I live life through music – all genres. The lyrics of others speak to me; my lyrics speak for me to express those things I cannot speak. My music expresses a feeling – that’s what I follow, not trends.