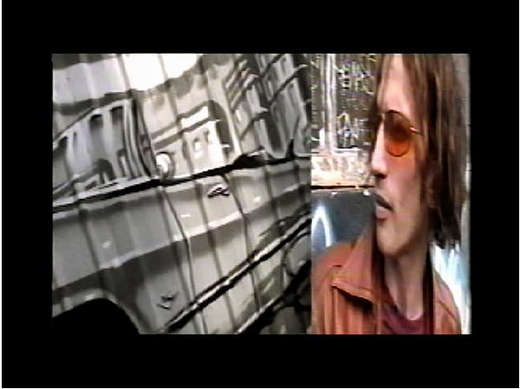 "This is a new exciting band. You are going to dig what Milk is about. They have a load of songs that are pretty cool. The songs "Fly" and "Monochrome" are probably the best. I would like to see these guys live. I hear that they are from LA, but they recorded part of this about in Liverpool. Psychedelic Rock is still alive with bands like Milk. This band is worthy.
Alexander Laurence/ SF Burning Magazin

Monochrome is definitely a mix tape must. Monochrome seems ready for prime time TV or to be included on the soundtrack for a motion picture. Each song on Milk unravels to reveal a new level of greatness to the bands sound
Justin Scro/ Cashbox Magazin

Their mission is to lead a new trend of "New Alternative Psychedelia", combining the aesthetics of trippy hippie bands with a post-grunge appeal and a "forward thinking" vision./ Campus Circle Magazine.

This has a very 70’s rock flavor, wiith some fast paced great guitar licks and a cracking driving beats, offset by some tracks of almost power ballad proportions. “Monochrome” is a power ballad in the making. I can just imagine seeing the band live and hearing the audience sing along. The album rounds off with the truly beautiful “Give Me Some”, with its almost ethnic feel. It’s one of those tracks that just meanders, in no particular hurry and then has that burst of frenetic energy. A great first outing from MILK and definitely a band to keep an eye on.
Colin Meeks, IndieLaunchPad.co

The band's music is high energy and filled with fuzzy amped up sounding guitars along with whiplash causing drum beats
"Milk does your ears good!
C.W. Ross/ Indiemusicstop.co

MILK are an alternative psychedelic experience from the USA, they sound with their swirling groove like Sky Cries Mary meets Verve flow that almost gives way to a Brian Jonestown Massacre delicateness.
Eastern vibes and bits that hint at a very mellowed out Black Rebel Motorcycle Club and I see people over there in their home town of Los Angeles are talking about "trip-pop" and "new-alternative psychedelia"./ Organart Magazine, London

MILK is good for you- that is if you like fuzzed-out, trippy guitar rock that simmers, boils and frequently explodes./ Entertainment Today