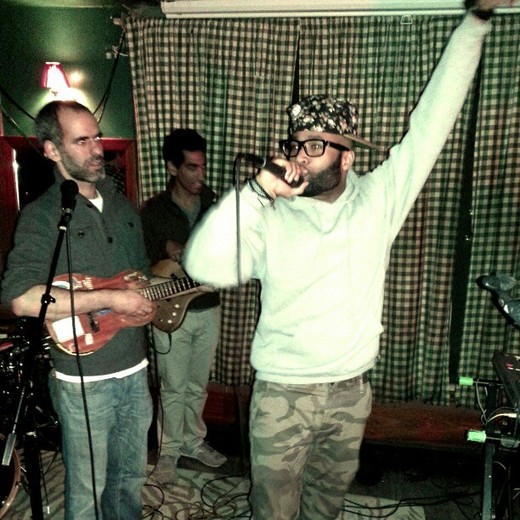 More than anything, Bronx-native Joel Daniels insists he is a fan of hip-hop. That comes first. But for Daniels, who’s stamped a handful of playfully street-savvy rap releases over the past five years under nom de guerre MaG, hip-hop was never a spectator sport.

Growing up on Creston Avenue near 188th St thrust him into a musical pocket of salsa, reggae, and rap. But coming of age where Kool Herc sired hip-hop—much less during the vaunted age of New York nonpareils like B.I.G., Nas or a then up-and-coming Jay-Z—really left him one option. For MaG, the mid-‘90s swell of local heroes arrived during formative years, which he spent at Fiorello H. LaGuardia High School of Music and Art and Performing Arts—known more succinctly as the “Fame” school, and, lately, as the alma mater of fem-firebrands Nicki Minaj and Azealia Banks.

But it wasn’t until about eight years ago, according to the smooth-pated emcee, that he seriously considered himself a recording artist. By 2007 he’d finalized a full-length mixtape with Harlem representative DJ Vega Benetton; by 2009, ended a short-stint down south with a return home, and to form—sort of. By the end of that year MaG dropped a follow-up mix and his first proper album, but had transitioned from his toothier stance as a hardened boaster on the block to a role model, more political in insight.

The rhymes didn’t lose their urgency though. Still swelling with references, MaG’s bars in $5 Cover and especially I Ain’t Going Back To Retail, his first LP, grew more thoughtful, more playful. Less windswept than Reagonomics, his first, MaG’s second mixtape was a sometimes-gritty memento to urban circumstance, as concerned with enjoying the sunny skies despite the picture at ground level as it was with questioning that scene itself. “Miss Neuorleans” stretched those horizons beyond the Bronx.

Meanwhile, Retail conjured the daily stuff of an artist hustling a day job rather than the streets, working the Myspace-Twitter-Facebook-Bandcamp roundabout of today’s indie playbook and, above all, keeping honest. Within those personal politics MaG’s chief concern was the type of man to become, and he diagnosed flaws in both the first and second person.

He’s a man of opinions. Then again, that’s not exactly a revelation considering his 2009 declaration: “This ain’t guns or trap / I’m try’na bring primo back.”