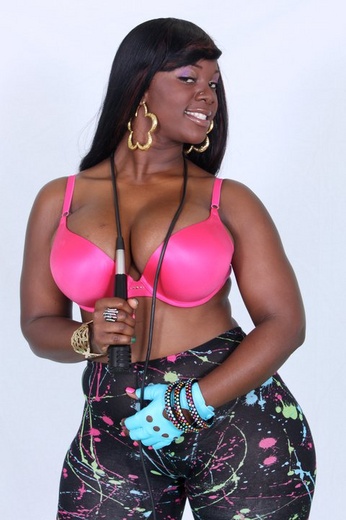 Follow "YOUR ROYAL HYNIE" QUEEN OF ALL QUEENS on twitter @mrsblackdyamond.
Description
Mrs black dyamond also known as the Queen of all Queens is currently setting trends and creating a big buzz in her community. To say she is the hottest female on the West Coast is truly an understatement. Mrs black Dyamond is creating a lane of her own with her gritty voice, A1 delivery, amazing sex appeal, catchy concepts and words of wisdom. The Queen of all Queens is a tag line that this futuristic superstar most definitely earned and she is comfortably sitting pretty on her throne. Mrs Black Dyamond has headlined at the worlds famous Whiskey a-go go .n Hollywood Ca. and in 2007 she had some of her music placed on MTv's Making the band 4 and Oxygen Networks Bad Girls club. This amazing talent is not only a hip hop artist but is very well-rounded. She has starred in various plays, she is currently working on her own poetry book and she writes music for various artist.This Dime Diva is studying as a full time student majoring in Mass communications in hopes of becoming a motivational speaker or radio personality."Thicka than a Snicka" is a hot single that this Queen is known for and has created a significant buzz in the underground hip hop scene. "The difference between me and the other ladies is that I do this because my passion for this hip hop is unlimited,I don't do this for the money, money will come, they don't posses the passion and the pain that I have and if they do they can't articulate it effectively"says this hip hop hopeful. "I ain't the queen of the South, North, East or West, I'm the Queen of all Queens period and if I don't believe it first then who will?" says Mrs black Dyamond. you are urged to see this young fire cracker perform live, she has mastered stage presence and you will be in for a definite treat.This girl with the curves is currently studying and mastering her craft and when she finally graces the music scene the whole world will know and they won't forget. KEEP UP WITH HER EVERY MOVE CAUSE YOU DON'T WANT TO MISS A BEAT. Just allow yourself to be entertained. (read less)
Website
http://REVERBNATION.COM/MRSBLACKDYAMOND