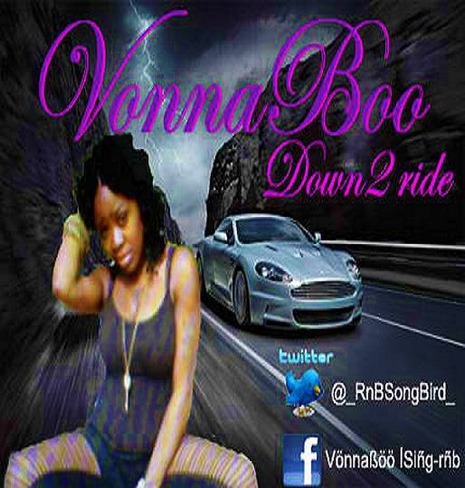 My name is Shavonna Patterson, best known by my singing name Vonna Boo. I’m an upcoming r&b artist of Indianapolis. I’ve been singing since I was 13. The artists that have influenced me are great artist such as Brandy, Mariah Carey, Whitney Houston and many more. My style & voice is strong & at the same time unique. I differentiate myself from other artist with strong confidence. Currently I am pushing my single “Down to Ride” & also working on my first album The Original. Doing show after show & working with great artist & producers, I am on the rise to success. My first show was in the year of 2003 at the Hilton Hotel. I released my demo called Love, Life, Pain. 2005 I performed at Lafayette Mall during the Indiana Black Expo. 2007 I auditioned & made it to 2nd round for Indiana’s Idol. 2009 I got more serious & began performing at talent shows. I performed at local spots such as weddings & 18 & under parties. 2010 through 2012 I began performing at places such as Club 500, Cloud 9, Bentleys, Don Vic’s & many more. I am determined to one day become a great successful r&b artist of my century.